Not caring about society, the 75-yr-old man asked 70-yr-old Jimnabari Bai to move into his house even before their marriage was solemnised. 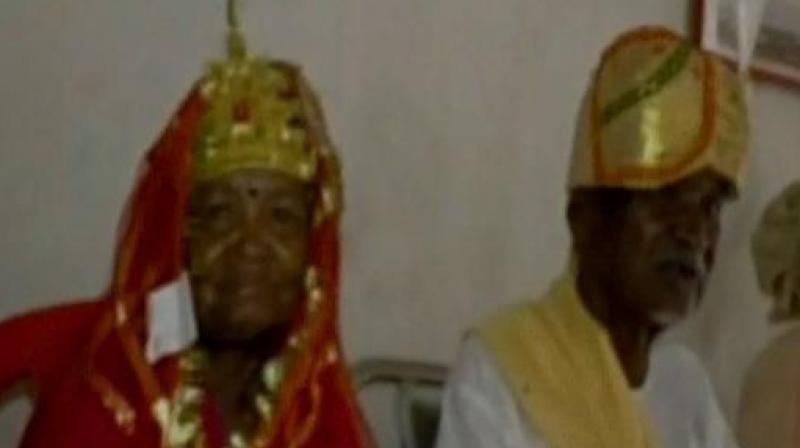 The Panchayat and the entire Bagdol village seemed to be in agreement with their marriage. (Photo: Twitter | ANI)

Bagdol (Chhattisgarh): A septuagenarian couple in Chhattisgarh's Bagdol village exchanged wedding vows, reinstating the belief that it is never too late for love.

The 75-year-old, Ratiya Ram, did not think over how the villagers and his family would react when he asked Jimnabari Bai, 70, to move into his house even before their marriage was solemnised.

Ram and Bai, who belong to the Korwah tribe, were separately living lonely lives in their respective villages till they met each other, just 15 days ago at a social event and decided to live together.

It is then when the Panchayat came to know of their relationship and agreed for their marriage. The entire Bagdol village also seemed to be in agreement with their marriage.

The marriage took place on August 16 and included both their grandchildren. Ram's grandson also played a role in helping them tie the knot.