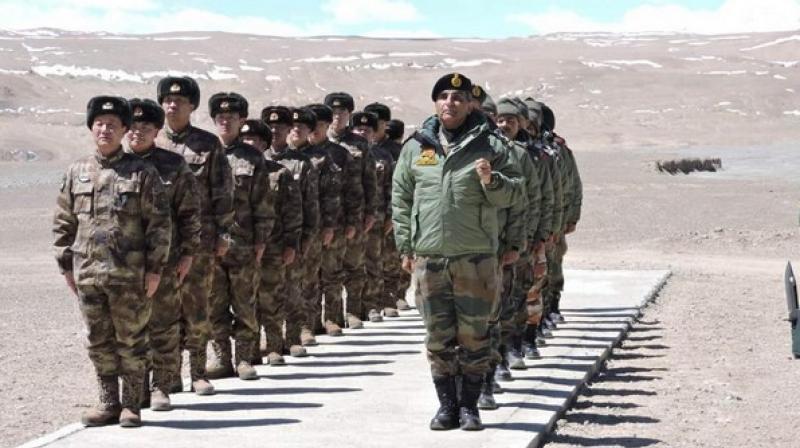 The last round of talks between the Indian Army and the Chinese People's Liberation Army (PLA) took place on March 11. (Representational image: ANI)

New Delhi: India and China will hold the 16th round of high-level military talks on Sunday with an aim to resolve the outstanding issues in remaining friction points along the Line of Actual Control (LAC) in eastern Ladakh.

The talks are scheduled to take place at the Chushul Moldo meeting point on the Indian side of the LAC in the region, official sources said.

The last round of talks between the Indian Army and the Chinese People's Liberation Army (PLA) took place on March 11.

In the fresh round of talks, the Indian side is expected to press for disengagement of troops as soon as possible in all the remaining friction points besides seeking resolution of issues in Depsang Bulge and Demchok.

The situation in eastern Ladakh figured prominently in talks between External Affairs Minister S Jaishankar and his Chinese counterpart Wang Yi in Bali on July 7.

At the one-hour meeting on the sidelines of a conclave of foreign ministers of the G20 nations, Jaishankar conveyed to Wang the need for early resolution of all the outstanding issues in Eastern Ladakh.

"Recalling the disengagement achieved in some friction areas, the external affairs minister reiterated the need to sustain the momentum to complete disengagement from all the remaining areas to restore peace and tranquillity in the border areas," the Ministry of External Affairs (MEA) had said in a statement after the meeting.

The MEA further said that Jaishankar "reaffirmed the importance of fully abiding by bilateral agreements and protocols, and the understandings reached between the two ministers during their previous conversations".

The eastern Ladakh border standoff erupted on May 5, 2020, following a violent clash in the Pangong lake areas.

Both sides gradually enhanced their deployment by rushing in tens of thousands of soldiers as well as heavy weaponry.

As a result of a series of military and diplomatic talks, the two sides completed the disengagement process last year on the north and south banks of the Pangong lake and in the Gogra area.

Each side currently has around 50,000 to 60,000 troops along the Line of Actual Control (LAC) in the sensitive sector.