THE ASIAN AGE. | A ARUL PALANI

Lifestyle diseases are growing at a very fast pace and almost everyone is affected. 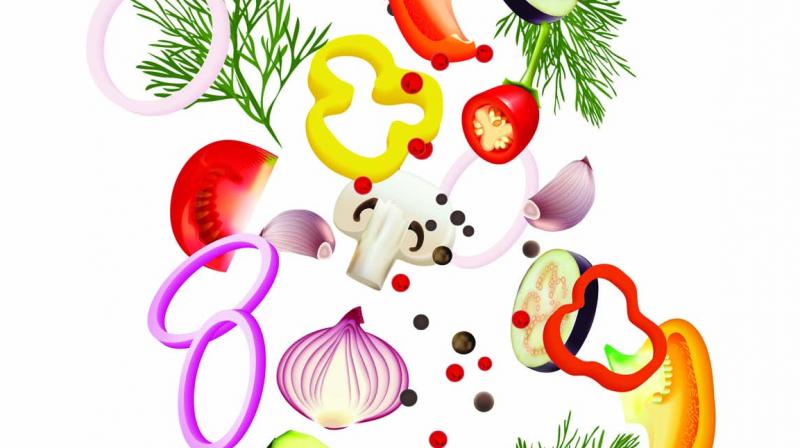 A 65-year old bedridden, diabetic from Bengaluru, who had last stage cancer of the liver (12 x 10 cm lesion in 15 cm size liver), survived with the food plan schedule prepared by the nutritionist.

Chennai: Deepam Chaudhary, 24, a businessman from Jaipur, is a happy man. His mother, who was suffering from cancer, was cured after following a diet plan suggested by Hyderabad based nutritionist Nikhil Chaudhury.

“My mother was suffering from cancer. She was almost in the last stage of her life in September 2013. Only because of the treatment she survived much more than expected,” Deepam Chaudhury said.

A 65-year old bedridden, diabetic from Bengaluru, who had last stage cancer of the liver (12 x 10 cm lesion in  15 cm size liver), survived with the food plan schedule prepared by the nutritionist.

Another 52-year-old man from Bengaluru was diagnosed with Glioblastoma multiforme grade IV, the deadliest cancer, and due to its critical location, the tumour could not be completely removed by surgery. Two years ago, doctors had given him only six months to live. After going on the special diet plan, he is alive and kicking now.

Sneha Sharma of Ujjain in Madhya Pradesh recalled that for seven years she battled chronic ailments including hypothyroid, acute gastritis, low blood pressure, water retention, acne and baldness.  “After trying several treatments, I followed this strict diet chart and now I have solved all the unresolved problems,” she said.

Dr Neeru Gupta, an ophthalmologist in Chandigarh, says, “I lost my appetite and I was also mentally affected. After following naturopathy and diet I recovered fast. My appetite and energy levels improved. My friends and my family all were happy that my body has started recovering and respiratory problems also cured.”

These are among the thousands of people who have followed this novel treatment. Lifestyle diseases are growing at a very fast pace and almost everyone is affected. These diseases could be reversed in most cases by just making some simple changes in diet and lifestyle, says Nikhil Chaudhary, the young Hyderabad based nutritionist and public speaker.

He says nutrition and lifestyle play a major role in prevention as well as reversal of most diseases. Diseases such as diabetes, hypertension, acidity, PCOS, high cholesterol (Dyslipidemia), fatty liver, and cancer are either reversible or impacted deeply by diet and lifestyle.

Mr Nikhil Chaudhary, a graduate in Biotechnology and a postgraduate in Dietetic and Food Service Management, read several thousands of research papers and 600 books on the subject. In the past nine years he has conducted a number of workshops for corporations and seminars organised by corporations, schools, defence forces, and spoken at scientific conferences and other forums.

He has been engaged in creating awareness about the significance of natural food in combating lifestyle diseases. His clients are from the corporate sector, working men and women, IAS and IPS officers, defence personnel, aged men and women, employees in private companies. He has more than 1.4 million views on social media and answers questions through Quora.

Mr Chaudhury has cured deadly lifestyle diseases such as cancer, diabetes, blood pressure, cholesterol, liver disease. NRIs from 25 countries including Sri Lanka, US, Canada, UK, Iceland, Dubai, Honk Kong, China and Brazil, are in touch with him regularly through WhatsApp and other social media for consultations.

Primary determinants of coronary artery disease (CAD), diabetes, and cancer are not genetic but environmental factors, including diet and lifestyle. Thus, considerable research has been done in identifying modifiable determinants of chronic diseases.