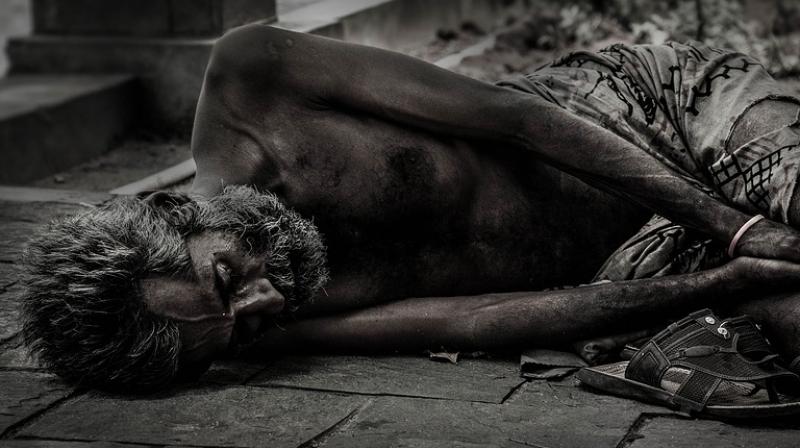 The report said that globally, hunger is increasing in many countries where economic growth is lagging, particularly in middle-income countries and those that rely heavily on international primary commodity trade. (Photo: Representational)

New Delhi: More Indians are becoming obese while the number of undernourished people in country has declined, according to a report by the UN that said that globally over 820 million people are suffering from hunger.

The report titled “State of Food Security and Nutrition in the World 2019” was issued on Monday by the United Nations’ Food and Agriculture Organization (FAO), the International Fund for Agricultural Development (IFAD), the UN Children’s Fund (UNICEF), the World Food Programme (WFP) and the World Health Organization (WHO).

The report said that an estimated 820 million people across the world did not have enough to eat in 2018, up from 811 million in the previous year, which is the third year of increase in a row, underscoring the immense challenge of achieving the Sustainable Development Goal of Zero Hunger by 2030.

The report said that globally, hunger is increasing in many countries where economic growth is lagging, particularly in middle-income countries and those that rely heavily on international primary commodity trade.

The annual UN report also found that income inequality is rising in many of the countries where hunger is on the rise, making it even more difficult for the poor, vulnerable or marginalised to cope with economic slowdowns and downturns. “We must foster pro-poor and inclusive structural transformation focusing on people and placing communities at the centre to reduce economic vulnerabilities and set ourselves on track to ending hunger, food insecurity and all forms of malnutrition,” the UN report said.

It noted that poverty rates have declined between 3 per cent and 6 per cent  per year in El Salvador, Ghana, India, Tunisia and Uganda.

The report said that the impacts of economic slowdowns on food security and nutrition are demonstrated in Haiti, Nepal and the Niger. Amid a global financial crisis coupled with high food prices, households’ food security, as measured by dietary diversity, reduced by 5 per cent in Nepal, 8 per cent in the Niger, and 23 per cent in Haiti due to increased food prices.

In the Indian Himalayas, economic slowdown coupled with natural resource depletion and climate change negatively impacted on food production and employment opportunities. This resulted in increased threats to food security due to lower purchasing power, it added. The report also took note of the Mahatma Gandhi National Rural Employment Guarantee Scheme (MGNREGS). “Unlike the previous cases, the MGNREGS was not designed to address employment problems arising from an economic downturn,” it said.