Roopa has been transferred to the traffic department as the Inspector General of Police and Commissioner for Traffic and Road Safety. 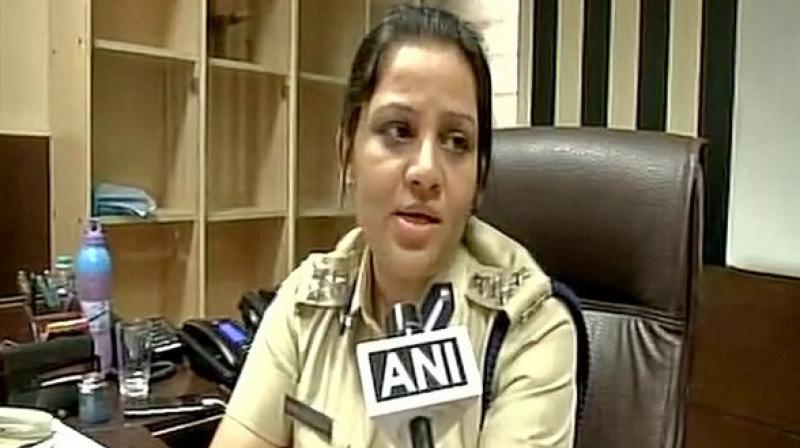 Bengaluru: The Karnataka government on Monday transferred two top jail officials who were locked in a bitter public spat over allegations of "special" treatment to

DGP (Prisons) HN Sathyanarayana Rao and DIG (Prisons) D Roopa, who had brought him under a cloud of bribery allegations, were shifted with immediate effect.

The state government in a notification on Monday said that NS Megharikh, Additional Director General of Police, Anti-Corruption Bureau, has been transferred with immediate effect and posted as Additional DGP, Prisons, in place of Rao.

It also said that Roopa has been posted as Deputy Inspector General of Police and Commissioner for Traffic and Road Safety in Bengaluru.

However, the notification does not specify the post Rao has been been transferred to and who will replace Roopa.

In a report submitted on July 12 to Rao, who was DGP (Prisons) then, Roopa as Deputy Inspector of General (Prisons) had said there was "a talk" that Rs two crore had exchanged hands to give preferential treatment for Sasikala and there were allegations against him also.

She had also said that a special kitchen was functioning in the jail for Sasikala in violation of prison rules.

Sasikala is lodged at Parappana Agrahara central prison in Bengaluru ever since her conviction in February in the disproportionate assets case along with her two relatives VN Sudhakaran and Elavarasi, all serving a four-year jail term.

Rao had rubbished the charge against him by Roopa, terming it "absolutely false, baseless and wild", and said he would take legal recourse against his junior.

Responding to this, she had said "let there be a fair fact finding inquiry to find out the truth".

As the clash between the top officers played out in public, Chief Minister Siddaramaiah had ordered a high-level probe by a retired IAS officer into the alleged irregularities at the central prison  and warned of "strict action" if anyone was found involved in wrong doing.

As her report triggered a major controversy, the red-faced Congress government also issued notice to Roopa asking her to explain her conduct, with Siddaramaiah saying it was "absolutely against the rule book".