India   All India  17 Jun 2020  Modi to CMs: Focus on lives, livelihood and health infrastructure as India gets back on track
India, All India

Modi to CMs: Focus on lives, livelihood and health infrastructure as India gets back on track

If social distancing rules were followed, the economy can be revived with minimum losses: PM 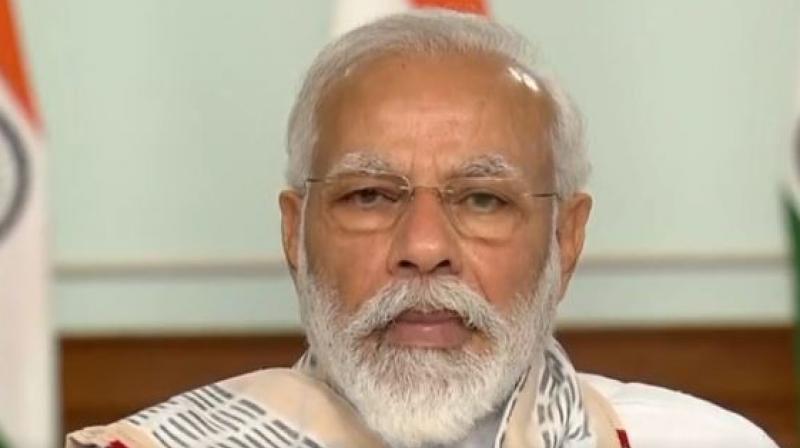 Prime Minister Narendra Modi during the interaction with CMs.

New Delhi: Prime Minister Narendra Modi interacted with several chief ministers on Tuesday on the post-Unlock 1.0 situation and plan the road ahead. This was his first interaction with CMs after the “unlockdown” began. He said it was time to focus on lives and livelihoods, boost health infrastructure, and improve testing and tracing.

Speaking on strategies to combat the pandemic, Modi said the more its progress was arrested, the more the economy would revive. The CMs gave feedback on the ground situation in the states.

The PM said the past two weeks’ “unlocking” showed if social distancing rules were followed, the economy can be revived with minimum losses. “Several green shoots in the economy ae visible, which are encouraging us to forge ahead,” Mr Modi added.

Tuesday’s meeting was the first part of a two-day interaction. The CMs of Punjab, Assam, Kerala, Uttarakhand, Jharkhand, Himachal, Goa and some northeastern states were among those who attended. Mr Modi will meet the CMs of the remaining states on Wednesday.

With COVID-19 deaths in India nearing 10,000, Modi said the country had among the lowest number of casualties. “We have tried to save each and every life; the recovery rate is now over 50 per cent. Despite the huge population, the pandemic couldn’t have much negative impact compared to several developed nations,” the PM said.