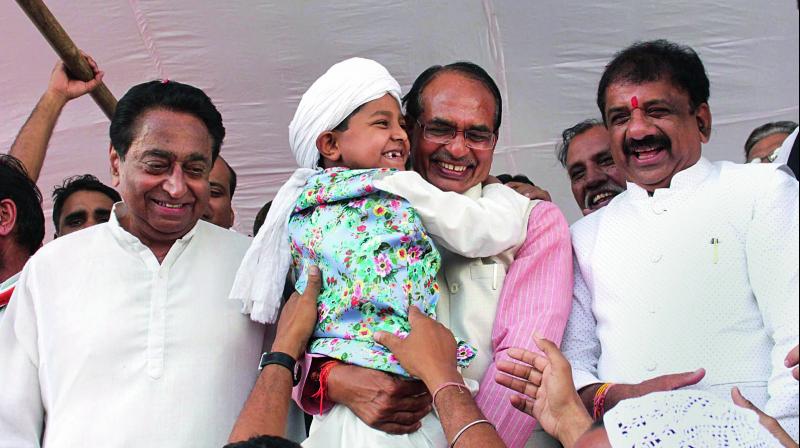 But, the “bonhomie” between them lasted barely a few hours with Mr Nath found missing in the photographs of the event posted in Mr Chouhan’s Twitter and Facebook accounts later, much to the surprise of political observers here.

Four pictures showing Mr Chouhan celebrating Id with thousands of Muslims at the famous Idgah ground here were posted in his social media networking sites. But, Mr Nath who was sitting just next to Mr Chouhan on the dais erected on the occasion in the Idgah ground was seen nowhere in the pictures uploaded in the latter’s twitter and Fb walls.

The “missing” Mr Nath in Mr Chouhan’s social media sites has created a buzz the political circle here with Opposition Congress describing it as “unwarranted act of one-upmanship” by the chief minister.

“Such a pious occasion should not be used for publicity by anybody. It is irony that Id united them (on one platform), but social media separated them”, Congress spokesman here Pankaj Chaturvedy remarked.

Earlier, the occasion witnessed the unusual sight of the two leaders joining thousands of Muslims in the Idgah ground to celebrate Id. Both the leaders were seen hugging each other and raining rose-petals on the devotees.

“I pray for peace and social harmony in the country on the occasion”,  Mr Chouhan said while conveying “Id Mubarak” to all.