The district administration ordered a probe into it in the city on Friday. 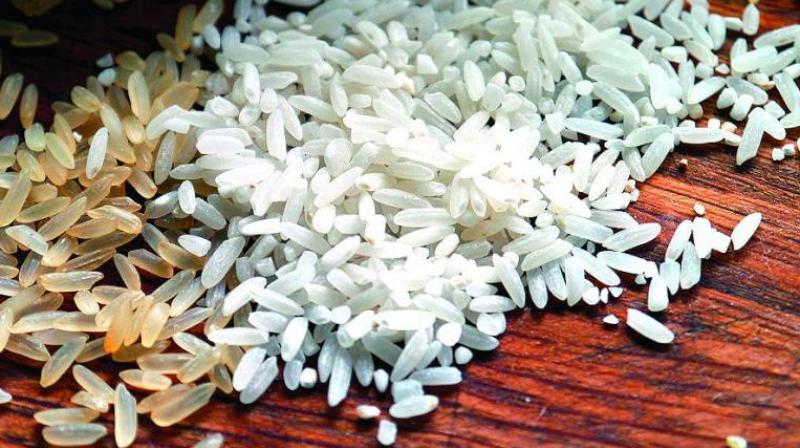 The “plastic rice” was found by Dillip Narayan Gutu, a resident of Sheikh Bazaar in Cuttack, who told his neighbours about it. (Representational imaga)

Bhubaneswar: Alleged sale of plastic rice in Cuttack, Odisha triggered panic among locals. The district administration ordered a probe into it in the city on Friday.

The “plastic rice” was found by Dillip Narayan Gutu, a resident of Sheikh Bazaar in Cuttack, who told his neighbours about it. He said he had purchased 5kg rice (Arua Chaula) of the Balami variant at Rs 250 in the first week of June. He found the rice to be “very long, white and plain like Biryani rice. After cooking, the grains looked separated from each other.”

Mr Gutu said that he felt a “different taste” while consuming thea rice on Wednesday. Suspecting it to be plastic, he threw the rice at the wall making a ball of it, but the ball didn’t break. Also, the rice was still fresh a day after on Thursday.

“The rice does not smell rotten,” said Dilip’s mother. On getting the information, Cuttack collector Nirmal Chandra Mishra directed district supply officer Amar Mohapatra for a probe into the matter. The incident came on the heels of plastic rice sales being reported from different parts of the country. Recently, plastic rice samples were found in Nuapada district in Odisha. Residents of Taraboda village demanded a probe into the alleged sale of plastic rice as their children fell ill after consuming rice that appeared “completely plain and polished.”

After receiving the complaint, Komna block civil supplies officer said that they would examine the samples. Odisha University of Agriculture and Technology (OUAT) vice chancellor professor Surendranath Pasupalak said the plastic-rice reports were a “rumour.” “The plastic rice allegation is a rumour. We are ready to examine the rice if the samples will be sent to us,” said the V-C.