Without naming any channel, Naidu questioned the discussions on whether India is going to be converted into a vegetarian country. 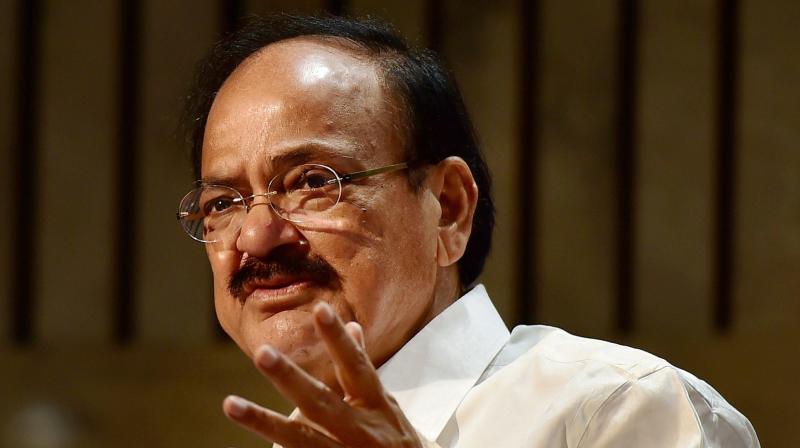 New Delhi: Reiterating his view that food is a personal choice, Information and Broadcasting minister M Venkaiah Naidu on Friday said that news broadcasters were holding debates on a ‘non-existent beef ban’.

Without naming any channel, Naidu questioned the discussions on whether India is going to be converted into a vegetarian country.

"I am a strict non-vegetarian and nobody told me what to eat and what not to eat. There is so much misinformation. Food is a personal choice. Why is there a debate?" he asked while addressing 'Akashvani Annual Award Ceremony' here.

Referring to the Central Bureau of Investigation raids at homes and offices of NDTV promoter Prannoy Roy, the information and broadcasting minister said nobody can claim "immunity" just because he is a media person.

"What we want is that you just follow the rule," he said. Naidu's comments come days after hundreds of journalists came together to protest against the CBI raids, saying the investigation against Roy in an alleged bank fraud was reminiscent of the attack on press freedom during the Emergency.

"The only time the media was gagged was during Emergency in 1975 when people were put into jails without any fault... What has happened now is nothing to do with freedom of speech. The government believes in total freedom of press and freedom of expression," Naidu said.

Referring to unrest in Kashmir and alleged anti-India slogans in educational institutions, Naidu said "certain forces" in India are engaged in anti-India propaganda in the garb of anti-government campaign which, he said, will not be allowed.

"Dissent is understandable" but disintegration is not "acceptable at all", Naidu said.

Meanwhile, speaking about the media scenario, particularly the news channels, Naidu said there is breaking news every now and then.

Naidu said "information with confirmation" is power ammunition against social evils of the society.

He also pitched for encouraging regional languages and making children "more familiar" with their mother tongue rather than English.

However, Naidu asserted that he is "not against English" but feels that children are more comfortable in their mother tongue.