The Kashmir Valley is tense again after the death of civilians and reportedly also that of militants in Arwani. 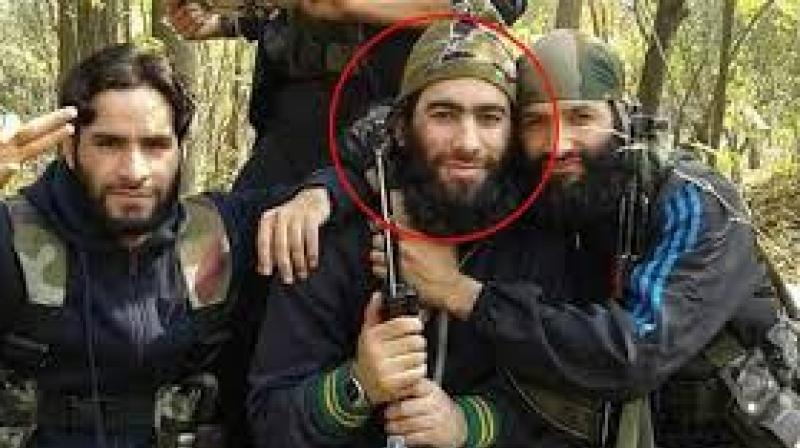 Srinagar: Top Lashkar-e-Taiba (LeT) commander Junaid Matto may have been killed along with a close associate in a firefight with the security forces raging in Arwani area of Jammu and Kashmir’s southern Anantnag district since Friday morning, officials said.

Matoo carried a bounty of Rs 10 lakh on his head and was active in southern districts of Kulgam, Anantnag, Shopian and Pulwama for the past few years, they added.

While the cordon-and-search operation to flush out militants was on, surging crowds relocated to the encounter site and soon clashed with the security forces. Two local youth identified as Muhammad Ashraf and Ehsan Ahmed were killed and several others were wounded when the security forces opened fire to quell stone-throwing mobs in the area, reports said.

Reports from Bijbehara, the nearest town, said a joint cordon-and-search operation was launched by the Army’s 1 Rashtriya Rifles, the J&K police’s counter-insurgency Special Operations Group and the 90th Battalion of the CRPF on Friday after reports about the presen-ce of LeT militants in the area. The militants were trapped inside two houses and heavy exchange of fire between the two sides followed, reports said.

In the afternoon, the security forces detonated Improvised Explosive Devices (IEDs) to blow up the houses in which Matto and his accomplices had taken positions during the gunfight. Both the houses caught fire and Matto and, at least, one more militant are believed to have died, said a police official over the phone from Bijbehara. He added, “The firing has stopped but the operation is still on.” However, a report from the area said the firing between the two sides resumed after a brief lull.

The Kashmir Valley is tense again after the death of civilians and reportedly also that of militants in Arwani. Earlier, a 22-year-old youth Nazir Ahmed was killed when the personnel from Sashastra Seema Bal (SSB) opened fire at a stone-pelting mob in Rangreth area in central district of Budgam on Thursday evening. The officials said the SSB personnel were withdrawing from the area when they came under stone pelting. “They responded with aerial firing in which one youth was injured,” a police official said. The injured youth was rushed to a nearby hospital where doctors referred him to Srinagar’s Sher-i-Kashmir Institute of Medical Science (SKIMS). The youth, however, succumbed to his injuries while being operated upon at the SKIMS early Friday, the hospital sources said. The locals of Rangreth have alleged the SSB men ‘target fired’ at Ahmad while he was standing near a local shop.

Violent protests erupted in several Srinagar areas and in other some parts of the Valley, including the highway town of Pampore, Pulwama and Tral on Friday. These intensified after the Friday congregational prayers in mosques and hospices. The J&K Police and the CRPF swung into action and fired tear gas canisters, rubber bullets and pellet guns to quell stone-pelting mobs at over a dozen places, reports said.

In yet another shooting incident, two youths were critically injured in northern district of Bandipora on Friday. The locals alleged the Army opened fire on a cab near Chek Reshipora village of Bandipore. The injured have been identified as Muzaffar Ahmed and Fayaz Ahmed Haji. The Army officials here said they have no knowledge about the incident and that they would react to the charge only after ascertaining the facts.

Amid heightened tensions, the train services between Srinagar and Banihal were on Friday suspended “as a precautionary measure in view of the emerging security situation”. However, services on Srinagar-Badgam section in the central Kashmir to Baramulla in north-western Valley were running as per schedule, officials said.

Also, the 3G and 4G internet services were again suspended in the Valley. All Kashmir University examinations scheduled for Saturday have been postponed.

Jammu Kashmir Liberation Front (JKLF) chairman Muhammad Yasin Malik was detained by the police to prevent him from leading protests planned by an alliance of key separatist leaders he is part of after the Friday congregational prayers. He has been lodged in Srinagar’s Kothi Bagh Police Station, the police sources said.  The alliance has called for a Valley-wide shutdown on Saturday to mourn and protest civilian killings.

Earlier on Thursday evening, two Jammu and Kashmir policemen Shabir Ahmed Dar and Shahzad Dilawar Sofi were killed when targeted with gunfire by militants in Bogund village of southern Kulgam district and Hyderpora locality of central Budgam district, respectively. A third policeman was injured in one of these attacks.

These incidents came close on the heels of the militants striking with impunity across the Kashmir Valley. They carried out four grenade attacks at the security forces’ camps and foot patrols in southern Pulwama district and Srinagar city, leaving over a dozen personnel injured. After the attacks for which Jaish-e-Muhammad and Al-Umar Mujahedin jointly claimed responsibility, the authorities had sounded a high alert and particularly asked the CRPF and the J&K police to me more vigilant and thwart reoccurrence of such acts by militants.

In a separate incident, unidentified assailants shot and wounded a woman in Katrasoo village of Kulgam. The victim has been identified as Suraya who was targeted by the gunmen after they barged into her house. “The suspected militants forced their entry into the house of one Muhammad Sharif Bhat at Katrasoo and shot his daughter in the leg. She is being treated at a Srinagar hospital and her condition is stable,” said a police spokesman.