GJM protestors injured 1 cop, torched a police vehicle as Darjeeling continued to boil under indefinite strike for 6th day in a row now. 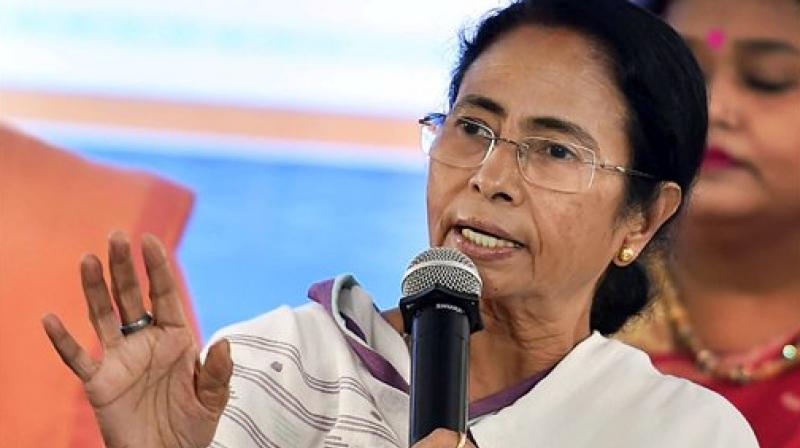 Kolkata: Chief Minister Mamata Banerjee on Saturday teared into the Gorkha Janmukti Morcha (GJM) supporters, stating that they aren't listening to the court, even after it had passed an order citing the bandh was ‘illegal.’

"The board members of the State have formed a committee assuring that peace will prevail in the hills as it will be their first priority to work on. Looking at the angry GJM supporters who went on rampage torching a railway station, a police outpost and vehicles after a police raid on party chief Bimal Gurung's house in shows that they aren't listening to the court, even after it had passed an order citing the bandh was illegal. I don't know where they are getting the support from," Mamata said at a press conference in Kolkata.

"You (GJM) enjoyed for five years. Now when the elections are nearing, why are you starting the violence again? Is it because you have lost all your credentials? I am ready to talk to them on this matter as we cannot support violation of the Constitution," Mamata added.

Earlier on Saturday, Morcha protestors resorted to fresh violence after the police raided and allegedly vandalised the residence of Assistant Gen Secretary of Morcha Binay Tamang on Friday night.

The angry protestors left one policeman injured and torched a police vehicle as continued to boil under indefinite strike for the sixth day in a row now.

Meanwhile, Union Home Minister Rajnath Singh reviewed the security situation in West Bengal's Darjeeling by sending more troops to help restore normalcy as the state government has not yet submitted its report on the situation.