Clashes along the LoC have already made over 3,000 people including women and children migrate from houses near the border to safer places. 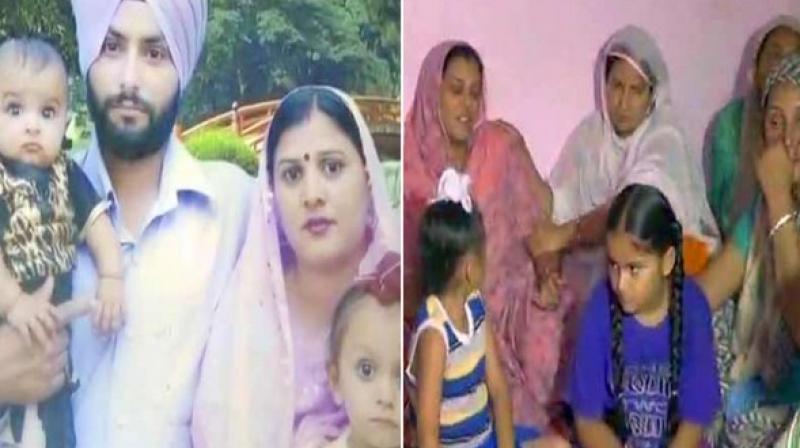 Bakhtawar Singh's father requested the government to provide some means of earning to the victim's wife in order to support their family. (Photo: Twitter | ANI)

Thirty-four-year-old Bakhtawar Singh, who hails from , died on Thursday.

"We are proud of our son who lost his life for our nation, but we are sad too. He has two small kids," said Bakhtawar's father.

"This has happened because of the laziness of the government. It is who keeps violating the ceasefire and we just retaliate," he added.

He further requested the government to provide some means of earning to Bakhtawar's wife to support the family.

and traded mortar shells, heavy automatics and small arms fire in Nowshera sector on Thursday afternoon as later troops continued targeting forward Indian positions and civilian areas without any provocation at frequent intervals in border Rajouri and Poonch districts for the past many days.

The Pakistani troops have been using mortars, heavy automatics, recoilless guns, and small weapons in the recent attacks.

The tension along the Line of Control (LoC) has already made an over 3,000 people including women and children migrate from their houses near the border to safer places.