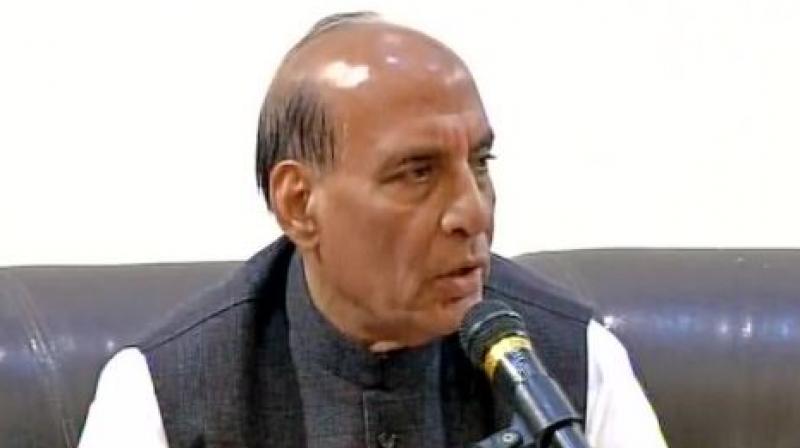 During the telephonic conversation, the chief minister briefed the Union home minister about the steps taken by the state government to maintain law and order and restore normalcy in the hill district, official sources said.

Singh asked Banerjee to take all possible steps so that peace is restored in the picturesque hill station where people are protesting against "imposition" of Bengali in schools by making the language mandatory.

Meanwhile, the West Bengal government wrote to the Centre seeking more forces to contain the current unrest in Darjeeling hills even as Chief Minister Mamata Banerjee termed the requisition as "routine."

"We have asked for more forces from the Centre. We have sent another request on Saturday," a senior official in the state home department said on condition of anonymity.

The Centre, on Friday, had held back additional paramilitary personnel meant for Darjeeling until the West Bengal government sent a report on the situation there.

Asked whether the state government was ready with its report for the Centre on the situation in the hills, the official said, "It has been taken care of and it would be sent soon to the Centre. Going by the situation it was realised that current strength of forces in Darjeeling are not enough and we need more."

Asked whether police would continue with its raids in the hills on Saturday night, the official hinted at more arrests.

"Raids will continue. In fact, there will be raids tonight itself which will be on the basis of our intelligence inputs," he said adding anybody flouting the law and order in the hills would face "tough handling" by the police.

The Gorkha Janmukti Morcha, which is in power in the semi-autonomous Gorkhaland Territorial Administration, has started an agitation demanding a separate state -Gorkhaland.

On the boil for the past 10 days over a separate state demand, Darjeeling on Saturday witnessed widespread clashes between GJM activists and the police.

Addressing the media in state capital, Kolkata, Chief Minister Mamata Banerjee said, "There is a terrorist brain behind this hooliganism. We have got clues that they have connections with underground insurgent groups in the Northeast. There are some other countries also helping.”

Army contingents were deployed to control the situation and they staged flag marches in several areas of the violence-hit hill district, where the indefinite shutdown to press for a separate Gorkhaland entered the third day on Saturday.