Speculation is rife that the agriculture portfolio may see a change in the Cabinet reshuffle that is likely after the presidential election. 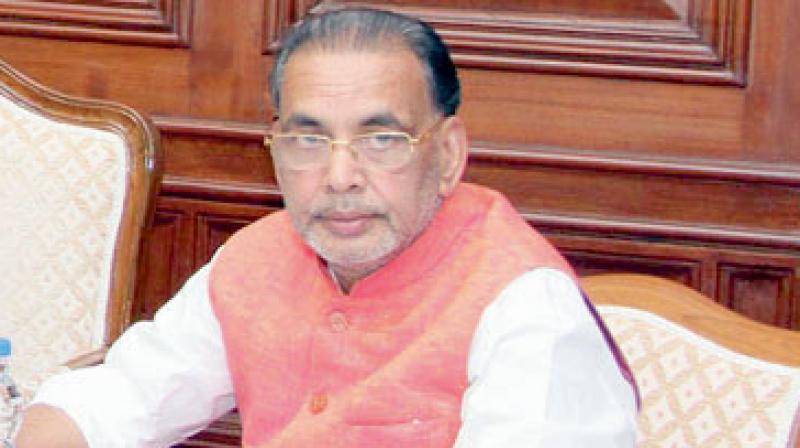 New Delhi: Union agriculture minister Radha Mohan Singh’s last-minute postponement of his visit to China, where he was due to attend the three-day Brics forum starting June 15, happened after the Prime Minister’s Office asked him to stay back due to the ongoing farmers’ agitation that is now threatening to spread to other parts of the country.

Highly-placed sources said the PMO had taken a serious view of the ongoing protest, and Mr Singh getting trolled in the social media, as photographs appeared showing him practising yoga with Baba Ramdev while the farmers’ protest was getting out of control in Madhya Pradesh’s Mandsaur, has also not gone down well with South Block mandarins.

Speculation is rife that the agriculture portfolio may see a change in the Cabinet reshuffle that is likely after the presidential election.

Amid this, the agriculture minister was “advised” to stay in the country and skip the Brics event in China to send a positive message, sources said. It is learnt the minister got a call from the PMO on June 14, hours before he was due to leave for China, asking him to stay back.

The sources added that none of the three ministers of state in the agriculture ministry were considered for representing India at the Brics event as being political leaders their presence would have negated the message the Centre was trying to send by asking Mr Singh to skip the event.

With the minister staying back, the agriculture secretary had to rush to China to attend the Brics forum. An official statement was later issued by the ministry saying that Mr Radha Mohan Singh had postponed his visit to China in order to ensure every possible help was given to farmers and to help formulate policy decisions by state governments for the welfare of farmers.