India   All India  17 Jun 2017  3 dead as incessant rains lead to landslide in Meghalaya
India, All India

3 dead as incessant rains lead to landslide in Meghalaya 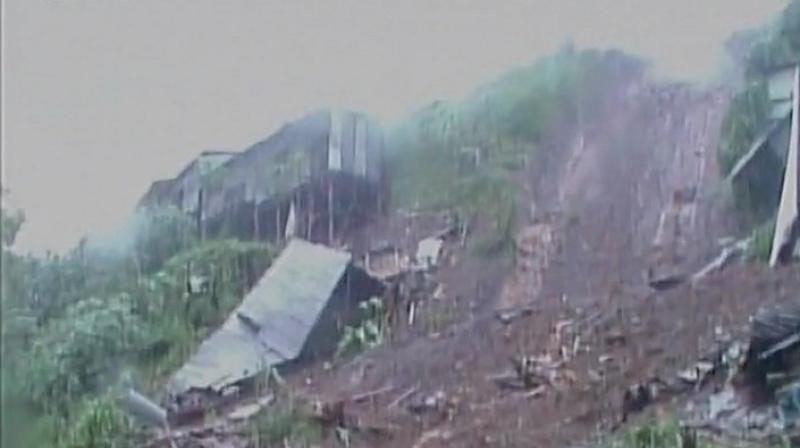 Shillong: Two teenaged girls and a 25 year old man were killed in a massive landslide in Ri-Bhoi district of Mehalaya on Saturday.

Officials said the incident took place at a labour camp near Umiam Lake around 5 in the morning during heavy rain, which continued since Friday night.

A district disaster management authority official said that efforts were on to clear the debris and the injured have been referred to NEIGRIHMS, Ganesh Das Hospital and Shillong Civil Hospital.

There were also reports of landslides at Umtyngngar,

Mawkynrew and other places, but there was no casualty, they said.