The CBI move gained significance as the Lok Sabha results are to be declared on May 23. 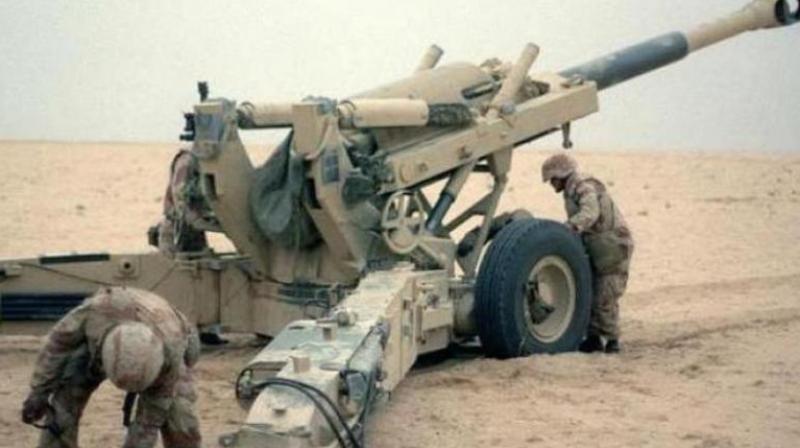 The Bofors deal ran into a controversy in 1987, when the Swedish Radio alleged that the arms manufacturer had paid bribes to top Indian politicians and defence officials through middlemen. (Photo: File/Representational)

New Delhi: With the Lok Sabha poll results yet to be declared, the Central Bureau of Investigation, in a surprise move on Thursday, first withdrew from a Delhi court its application seeking permission to further probe the Rs 64-crore Bofors payoffs case, and then in a swift U-turn within hours, said its probe into the politically-sensitive case would continue. The CBI move gained significance as the Lok Sabha results are to be declared on May 23.

“In view of certain revelations made by one Michael Hershman, the CBI sought permission of the trial court to conduct further investigations in the Bofors case,” its spokesperson Nitin Wakankar said. He said on May 8, the court had observed when the right and power to investigate the case on its own was available to the CBI, was was such an application being filed in the court.

Mr Wakankar said: “After obtaining legal opinion, the CBI filed an application on May 16 in the court of chief metropolitan magistrate, Rouse Avenue Courts, stating that for conducting further investigations under Section 173(8) CrPC, the court’s permission was not mandatorily required by the CBI and an intimation to the court in this regard will suffice. The probe in the Bofors case will continue.” The Bofors deal ran into a controversy in 1987, when the Swedish Radio alleged that the arms manufacturer had paid bribes to top Indian politicians and defence officials through middlemen. Then defence minister V.P. Singh had resigned, putting the Rajiv Gandhi government in the dock.

Former Prime Minister V.P. Singh (who has since died) built his campaign for the 1989 Lok Sabha polls on the Bofors payoffs issue. His Janata Dal came to power as the Congress lost the election with then PM Rajiv Gandhi’s image getting a serious beating.

In January 1990, the CBI under the V.P. Singh government lodged an FIR in the case naming then Bofors president Martin Ardbo, alleged middleman Win Chadda and the Hinduja brothers for criminal conspiracy, cheating and forgery. The V.P. Singh government collapsed and after a brief tenure of the Chandra Shekhar government, mid-term elections to the Lok Sabha were announced. In the course of the Lok Sabha election campaign, Rajiv Gandhi was assassinated by a suicide bomber in Tamil Nadu in May 1991.

On Thursday, the CBI told CMM Navin Kumar Kashyap that it wants to withdraw the application filed on February 1, 2018.  The investigative agency had moved the trial court seeking permission for a further probe in the matter saying it had come across fresh material and evidence.  The CBI submitted before the court that a decision on the further course of action would be taken by it and wanted to withdraw the application for now.

Taking note of the CBI’s stand, the CMM said the CBI had the right to withdraw its application as the agency was the applicant in the case. The CMM said: “For the reason best known to the CBI, in case they want to withdraw the application, they have the right as they are the applicants.” Last year, the court questioned why the CBI  required its permission to further probe the matter. The CBI had also filed an appeal in the Supreme Court on February 2, 2018 against the May 31, 2005 verdict of the Delhi high court discharging all accused in the case.