India   All India  17 May 2019  6-month-old treated by CRPF for Malaria in Maoist affected Bastar
India, All India

'Immediate redressal and treatment was provided by CRPF doctors to the baby and within a week the baby got well,' says CRPF. 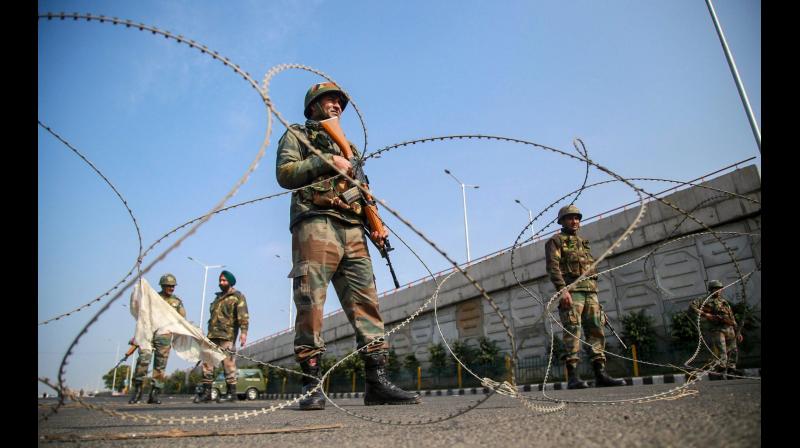 Bastar: A six-month-old baby girl suffering from Malaria was treated by CRPF doctors despite her parents' reluctance to see a doctor because of fear of Maoists in Bastar district, said Baskar Rao Assistant Commandant, 201 Cobra, CRPF.

Talking to ANI, Rao said, "Immediate redressal and treatment was provided by CRPF doctors to the baby and within a week the baby got well."

"Her mother was still quivering of fear of Maoists and was shocked and happy on the other side that she could now at least embrace and cuddle her baby. The mother could now hear her baby crying and recognise her voice which she had forgotten long back," Rao added.

The CRPF official further narrated about the situation in the Bastar region, saying, "The small village of Mukaram in Bastar district, is surrounded by a small tributary of Maley Vagu river. This village also witnessed the encounters between Maoist and CRPF personnel where both sides suffered huge losses."

He further said, "The people here have more intimacy towards the armed Naxals (Maoists) rather than their own kin and kinship, as they are intimidated and exasperated by the ideology of Jal, jungle, and Zameen."

"Indeed, in other terms, these villagers are termed as Maoist sympathizers and are also true to some extent. Behind all these pseudo-Maoists, there lie an innocent people. And this is the reason why a mother was so worried about the disease to her newborn baby girl," he added.