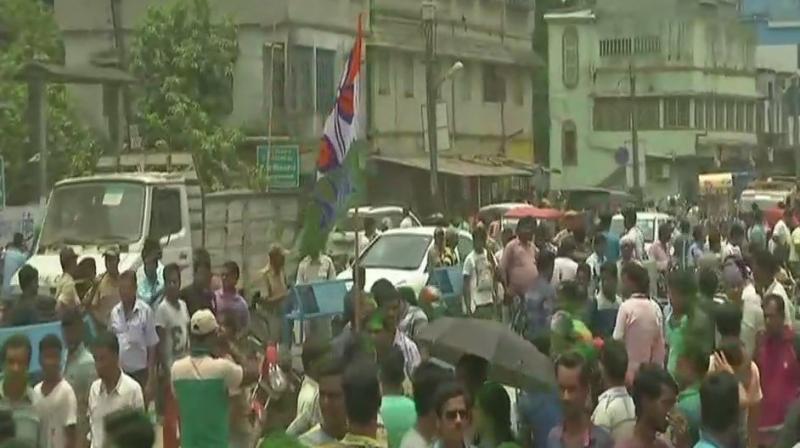 Kolkata: The ruling Trinamool Congress on Thursday surged ahead by registering victory in over 2,400 gram panchayat seats, according to the results available till 12 noon, SEC officials said.

West Bengal CM Mamata Banerjee said, "TMC has emerged victorious in 90 per cent seats despite the opposition parties coming together. This shows how strong we are at the grassroot level."

As per latest trends available for panchayat samiti seats, the TMC has won 14 seats and leading in 24 seats.

The other parties are yet to open their account in panchayat samiti seats.