India   All India  17 May 2017  Woman claims to be wife of Odisha MLA, ransacks official residence premises
India, All India

The woman demanded status of a wife as she claimed she had married Pradhan three years ago. 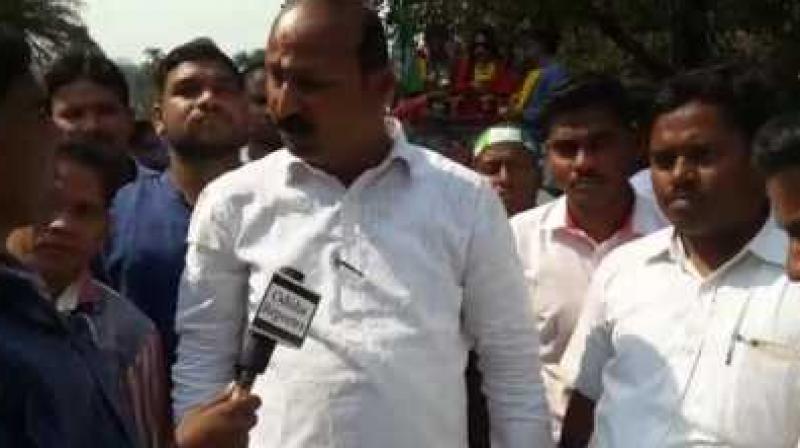 Bhubaneswar: A woman claiming to be the wife of Talcher's BJD MLA Braja Pradhan, on Wednesday ransacked the premises of his official residence, police said.

Police said the woman, identified as Sonalika Mohanty, trespassed into the legislator's quarters at Unit-IV at the MLA's colony here by clambering over the locked iron gate. However, she could not enter the house as it was locked.

Pradhan (42), a bachelor, was at the assembly attending a meeting.

Angry over not getting entry into the house, she damaged flower vases and plastic chairs in the premises.

Police from Kharvel Nagar police station reached the spot and rounded her up from the MLA's quarter. She was later released.

The woman demanded status of a wife as she claimed she had married Pradhan three years ago. On May 9, the woman  had staged dharna in front of the legislator's house at his native village of Handidhua in Angul district claiming to be his wife.

Mohanty also alleged that she had terminated her pregnancy twice.

The allegations made by the woman are false and baseless. I am not married to her. It could be part of the conspiracy against me by the political opponents," Pradhan told reporters here.

Meanwhile, Mohanty lodged a complaint against Pradhan at the Mahila Police Station and has drawn attention of the National Commission for Women (NCW).