India   All India  17 May 2017  The drama is finally over: Karti Chidambaram day after CBI raids
India, All India

The drama is finally over: Karti Chidambaram day after CBI raids

This comes after his assertion that all charges against him are completely bogus and he will stand vindicated one day. 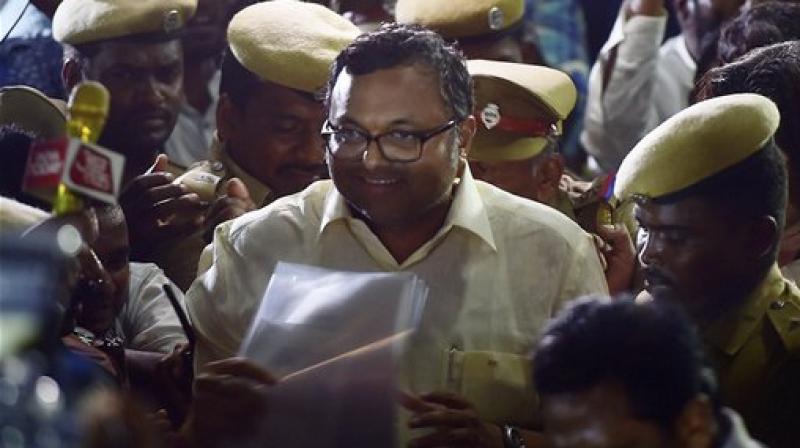 Chennai: Former union minister P Chidambaram's son Karti, whose residence was raided by the Central Bureau of Investigation (CBI) in connection with the grant of FIPB approval to INX Media Private Ltd, said in Chennai on Wednesday that the 'drama' was finally over.

Speaking to ANI over the phone, Karti said that the 'drama is now over'.

This comes after his assertion that all charges against him are completely bogus and he will stand vindicated one day.

"Whatever I heard is only from the media. Nothing of substance. All charges on me are completely bogus and I will stand vindicated one day," Karti told the media.

However, CBI Joint Director Vineet Vinayak said the investigation is still underway and some important evidences such as hard disks, mails and documents have been recovered.

Vinayak said a criminal case was registered yesterday under various sections of conspiracy, illegal gratification to influence a public servant, cheating and misuse of official position against five main individuals and entities, unnamed officials of Foreign Investment Promotion Board (FIPB) and others in the matters related in the grant of FIPB approval to INX media private Ltd, represented by its then directors Indrani Mukerjea and Pritam Mukerjea alias Peter Mukerjea.

An FIR has been lodged against Karti, Indrani Mukerjea, unknown officers of FIPB Unit of Ministry of Finance and others over alleged financial misappropriation over Foreign Investment Promotion Board (FIPB) clearance to Peter and Indrani's media company INX Media in 2008.

The charges include criminal conspiracy, cheating, taking gratification in order by corrupt or illegal means to influence public servant and criminal misconduct.