India   All India  17 May 2017  Army launches search ops in Shopian after reports of militants in area
India, All India

However, the operation was being hampered by local residents who are pelting stones at security forces, a police official said. 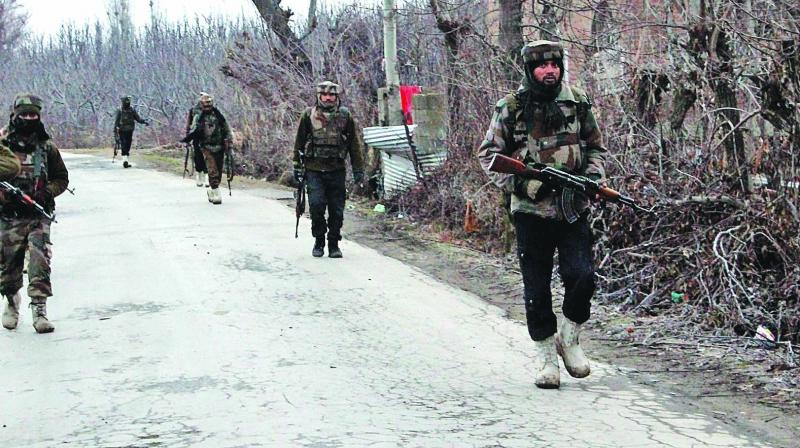 Additional security force personnel have been rushed to the area to chase away the stone-pelters.

Srinagar: Security forces on Wednesday launched a cordon and search operation in south Kashmir's Shopian district following information about presence of militants but their efforts were being hampered by a mob pelting stones at them.

The search operation was launched in Heff village falling under Zainapora area in Shopian, an army official said.

He said a large number of security forces are involved in the search operation, which started in the early hours today.

However, the operation was being hampered by local residents who are pelting stones at security forces, a police official said.

He said additional security force personnel have been rushed to the area to chase away the stone-pelters.

So far, no casualties have been reported in the clashes between stone pelters and security forces, he said, adding the operation was in progress.

The search operation comes two weeks after a similar, though on a much larger scale, was launched in Shopian district to flush out militants.

While the security forces did not find anything in the day-long search operation on May 4 spanning nearly two dozen villages and involving more than 4000 troops, the militants attacked an army patrol while retreating from the operations that day, leading to death of a cab driver and injury to several security personnel.

Operations in south Kashmir have been intensified in the wake of videos of large groups of militants -- in some cases as many as 30 -- surfacing on social media, despite ban imposed by authorities on 22 such sites and applications.