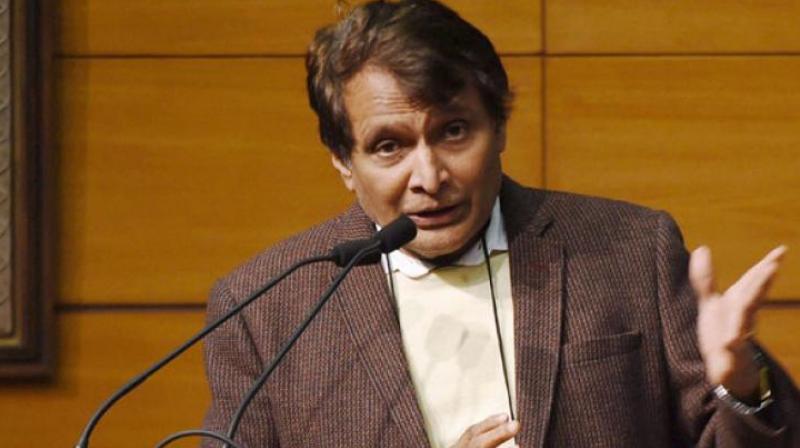 New Delhi: The Railways might impose a safety cess on tickets to garner revenue to shore up passenger safety amenities. This move is likely to have a direct impact on the price of tickets. The Railways have seen a spurt in derailments over the past six months.

Railway minister Suresh Prabhu said on Tuesday that passengers will have to provide support for raising funds for the “Rashtriya Rail Sanraksha Kosh” for improving the safety of the country’s rail network.

He said the Railways were providing all facilities to passengers and he was hopeful passengers will also be ready to provide support for the kind of investments the Railways were undertaking. “We have to raise safety funds and the people will also have to give some support. We are considering all options,” Mr Prabhu said.

In his Budget speech earlier this year, finance minister Arun Jaitley had announced Rs 100,000 crores for a rail safety fund over the next five years, but of this, the Railways will only get 25 per cent of funds from the finance ministry, and must raise 75 per cent on its own.

The money for the safety fund is supposed to be spent on the upgradation of tracks, signalling and bridges, among others heads.

Mr Prabhu also said the Railways will monetise the huge amount of passenger data available with it to increase its revenue. He said the Indian Railways was one of the biggest data creators in the world, and was used to handling a large volume of data, which needs to be used wisely.

The minister highlighted the need for proper data analytics for future management information systems, saying that it would help take appropriate decisions and also eventually monetise it, but without compromising any privacy laws or privacy ethics.