If proven guilty, the offences entail a maximum punishment of seven years. 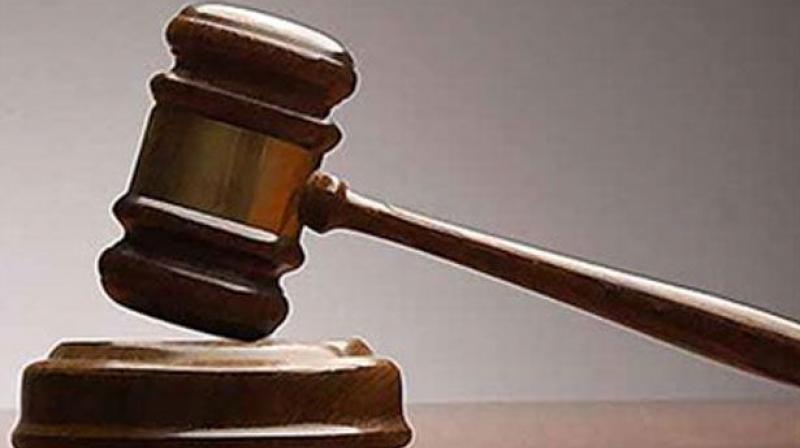 The court listed the matter for July 27 for recording prosecution evidence and issued summons to complainant Sanjeev Rana. (Representational Image)

New Delhi: AAP MLA Som Dutt was on Wednesday put on trial by a Delhi court for the alleged offences of rioting, wrongfully restraining and assaulting a man during the 2015
assembly election campaign.

The court listed the matter for July 27 for recording prosecution evidence and issued summons to complainant Sanjeev Rana.

If proven guilty, the offences entail a maximum punishment of seven years.

The court framed charges of alleged offences of rioting, wrongful restraint, voluntarily causing grievous hurt and unlawful assembly under the Indian Penal Code against the MLA, who is out on bail.

While ordering framing of charges, the magistrate said "keeping in view the legal principles and facts and circumstances of the case put forward by the prosecution and
from the statements of the witnesses recorded..., in my view, prima facie a case... is made out against the accused."

An FIR was lodged against Som Dutt in 2015 at Gulabi Bagh police station in North Delhi on the allegation that the MLA, and around 50 of his supporters, while campaigning in the locality, had come to the house of the complainant Sanjeev Rana.

The prosecutor has alleged that when the complainant objected, the MLA allegedly hit his legs with a baseball bat and his supporters dragged him out on the road and started
beating him, causing grievous injury.

Som Dutt's counsel refuted the arguments of the prosecutor saying the MLA and his supporters were peacefully campaigning in the society and it was the complainant who started quarrelling with Som Dutt in an inebriated state, on which a cross FIR was also registered by the legislator.

The MLA's counsel also said that Rana has neither named, nor identified any other person to charge him for the offence of rioting.