Lockdown is just a pause but not a solution, says Cong leader 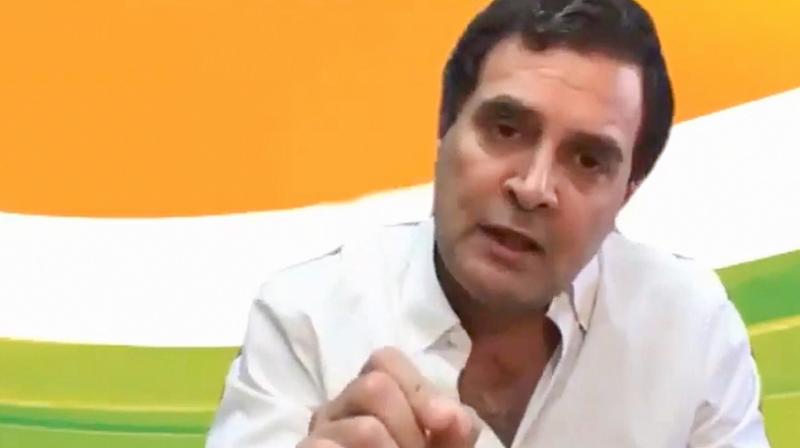 New Delhi: Former Congress president Rahul Gandhi on Thursday said that the national lockdown announced was only a “pause button” and not a solution to the Covid19 outbreak and the government should use the time to ramp up health infrastructure like testing abilities, better infrastructure in hospitals as well as get more ventilators.

Gandhi also asked for more power to the states during this time, both financially and for taking decisions.

Addressing his first press conference since the pandemic broke in India, the Congress leader said that the biggest weapon against the virus was testing. “Testing at a scale, so you know where the virus is moving and you can isolate and fight it out. Our testing rate is 199 per million and if you look at all tests that have been done, it’s an average of 350 per district”.

Even as he said that the entire country needed to come together in this hour of crisis, and this was not the time for “petty” criticism, Mr Gandhi said he would advise the government to “push testing aggressively, maximise testing and use it strategically. Use testing to assist states in their fight, not just to track patients but to see where the virus is moving”.

Predicting a massive financial backlash, he said that country  was going to see the first wave of unemployment which will then spiral.

“You will see massive pressure on our financial system,” he added.