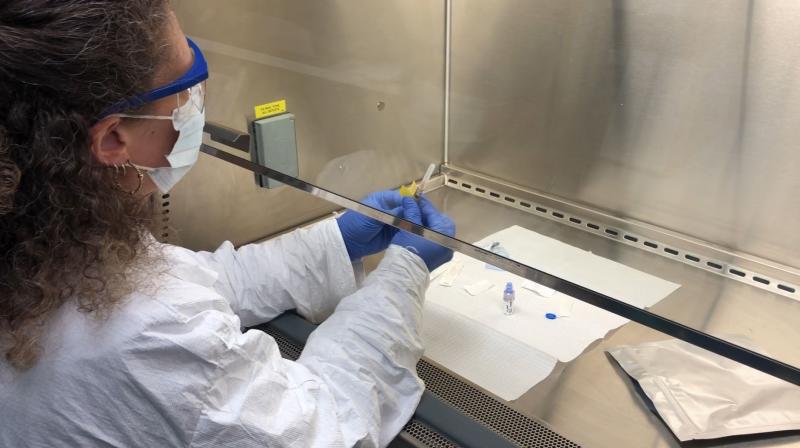 Hyderabad: An online business advertising a fake medicine as a cure for Covid-19 was busted by Jubilee Hills police within a few hours of receiving a complaint. Reportedly, the accused took on the surname ‘Bathini’ (who provide the ‘fish prasadam’ for asthma) to market the fake medicine.

According to the police, the accused took advantage of the crisis to sell the illegal product. He made a digital pamphlet with fake information that the ‘Bathini Brothers’ have invented a potential cure for Covid-19.

The fake medicine, named Covid-19 Abhaya, the pamphlet stated, ‘is a preventative food supplement for Covid-19 coronavirus.’ “On the bottle and pamphlet, the accused provided a Food Safety and Standards Authority of India (FSSAI) licence number to gain the trust of the public.

Investigation revealed that the accused defrauded around 300 victims and many more yet to be identified. The accused was selling the fake medicine in a small plastic container for `285. Money was collected through Google Pay and the product handed over by a delivery executive.

The incident came to light after Bathini Harinath Goud, one of Bathini Brothers, noticed the pamphlet and approached Jubilee Hills police.

Mr Goud stated that they had not made any such product. The police formed a special team and apprehended the culprits within a few hours. “It is incredibly dangerous and reckless to exploit people’s fear for profit. We will be taking strict action against these opportunistic criminals,”  added Mr Srinivas.