Rohit Shekhar Tiwari was rushed to a hospital by his mother, Ujjwala Tiwari, where he was declared brought dead. 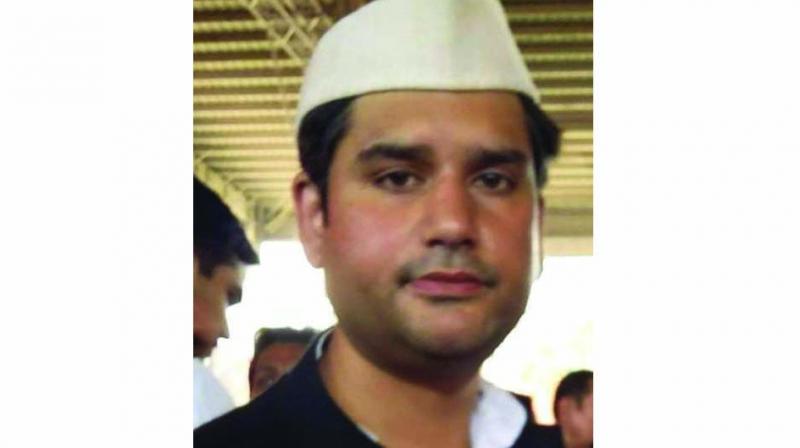 NEW DELHI: The 40 year-old son of former chief minister of Uttrakhand and UP and veteran Congress leader late Narayan Dutt Tiwari died at his home in the national capital under mysterious circumstances on Tuesday.

Rohit Shekhar Tiwari was rushed to a hospital by his mother, Ujjwala Tiwari, where he was declared brought dead.

“Prima facie it is suspected that a heart attack led to the sudden demise. However, the post-mortem report will ascertain the exact cause of death,” a senior police official said, adding that a probe has been initiated in this regard and all angles are being investigated.

Rohit, an advocate by profession, came to limelight in 2008 when he went to court against N.D. Tiwari claiming he was born out of an affair between the Congress leader and his mother. But the N.D. Tiwari refused to accept him as his son for a long time.

In 2014, N.D. Tiwari finally accepted him as his son, putting an end to a prolonged legal battle on the issue and married Ujjwala at the age 88 in a ceremony that took place in Lucknow. The Congress leader died on his 93rd birthday in October 2018 in New Delhi due to multiple organ failure.

Rohit was an avid music lover and had received training in Indian classical music from Gandharva Mahavidyalaya, New Delhi. Though his father was a senior Congress-man, he joined the BJP in 2017.

In May last year Rohit tied the knot with advocate Apurva Shukla in a high profile wedding in the national capital. He is survived by his wife and mother.