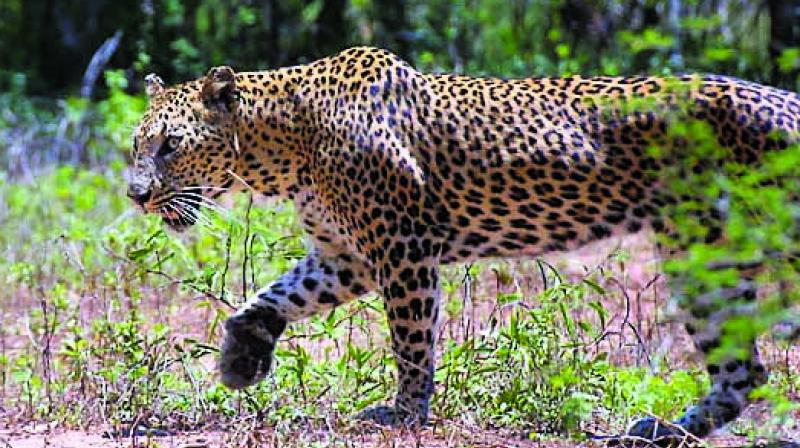 Partially eaten body of a tourist, who had gone missing and was apparently attacked by a leopard, was found from near a temple in the Motichur range of Uttarakhand's Rajaji Tiger Reserve. (Representational Image)

Rishikesh (Uttarakhand): The partially eaten body of a tourist, who had gone missing and was apparently attacked by a leopard, was found on Monday from near a temple in the Motichur range of Uttarakhand's Rajaji Tiger Reserve, police said.

The deceased was identified as 56-year-old Tek Chand from Haryana's Palwal district, they said.

The body is kept in a mortuary and the postmortem is yet to be conducted, police said.

The injuries suggest Chand was killed by a leopard, an official at the Raiwala police station said.

Chand along with his elder brother and other family members had gone to Neelkanth on Sunday, police said.

On their way back, Chand went into the forests behind the Satyanrayan temple in Raiwala around 4 pm on Sunday, they said.

The official said after he did not return, his relatives informed the police and a search was launched. His partially eaten body was found from the forest behind the temple around 10:30 am on Monday.

This the seventeenth such incident in the area in three years, he said.

Hoardings were put up in the Motichur area warning people of threat from wild animals, but they continue to go into the forests, the official said.