A terrorist secessionist movement aimed at the formation of an independent “Khalistan” had rocked Punjab in the 1980s and early 1990s. 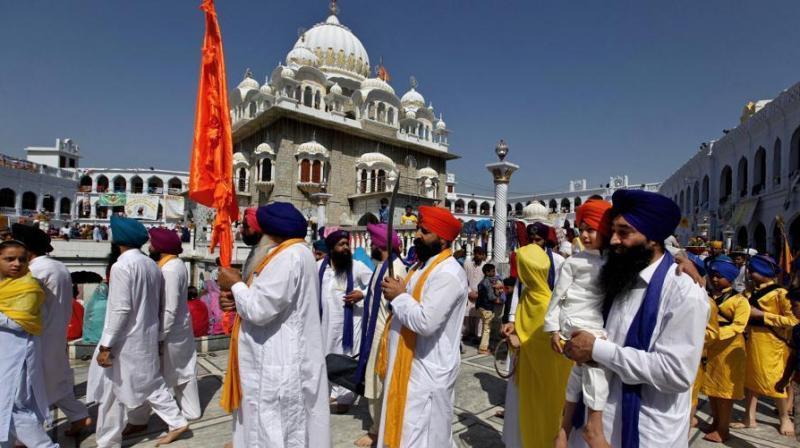 New Delhi: India on Monday accused Pakistan of trying to incite Indian Sikh pilgrims there by raising the issue of “Khalistan” through inflammatory statements and posters. New Delhi lodged a strong protest and summoned Pakistan’s deputy high commissioner over the developments. Islamabad was told to stop all activities aimed at undermining India’s territorial integrity and to stop extending support to secessionist movements in India. This marks the escalation of a fresh diplomatic row between the two countries that erupted on Sunday when India lodged a strong protest with Pakistan over “blocking of access” for visiting Indian Sikh pilgrims to Indian diplomats and consular teams. A jatha (batch) of 1,800 Indian Sikh pilgrims is currently visiting Pakistan.

It may be recalled that Pakistani security agencies including the notorious ISI have long been under the scanner for their role in trying to get pro-Khalistan elements in Europe and North America to instigate Indian Sikh pilgrims who visit Pakistan.

A terrorist secessionist movement aimed at the formation of an independent “Khalistan” had rocked Punjab in the 1980s and early 1990s, but the terrorist movement was successfully smashed by the Punjab police by 1994-95. But observers note that Pakistan has not given up its plans of trying to reignite the movement through pro-Khalistan elements based overseas.

In a statement on Monday, India said: “The deputy high commissioner of Pakistan was summoned today and a strong protest was lodged at attempts being made during the ongoing visit of the Sikh pilgrims from India to Pakistan to raise the issue of ‘Khalistan’ by making inflammatory statements and displaying posters at various places of pilgrims visit in Pakistan. Pakistan was called upon to immediately stop all such activities that were aimed at undermining India’s sovereignty, territorial integrity and incitement of disharmony in India.”

The MEA added: “It was conveyed that such repeated attempts by the authorities and entities in Pakistan to extend support to secessionist movements in India amount to interference in the internal affairs of India. Moreover, such incidents during the visit of Indian pilgrims go against the spirit of the bilateral protocol of 1974 governing the exchange of visits of pilgrims between the two countries.”

On Sunday, a furious India had lambasted Pakistan over an incident in which Indian high commissioner  Ajay Bisaria was asked by the Pakistanis to return en route while travelling to the famous Panja Sahib Gurdwara on grounds of “security”. Islamabad had however denied the allegations and had accused India of “distorting and misrepresenting facts”. Pakistan had claimed that the Indian high commission and the Evacuee Trust Property Board in Pakistan had mutually agreed to cancel the high commissioner’s visit befo-rehand as some Sikh pilgrims from across the world gathered in Pakistan were agitated over the film Nanak Shah Fakir on the first Sikh guru and founder of Sikhism Guru Nanak, which incidentally has generated controversy over its release in India.