PM Modi reaches out to Muslims 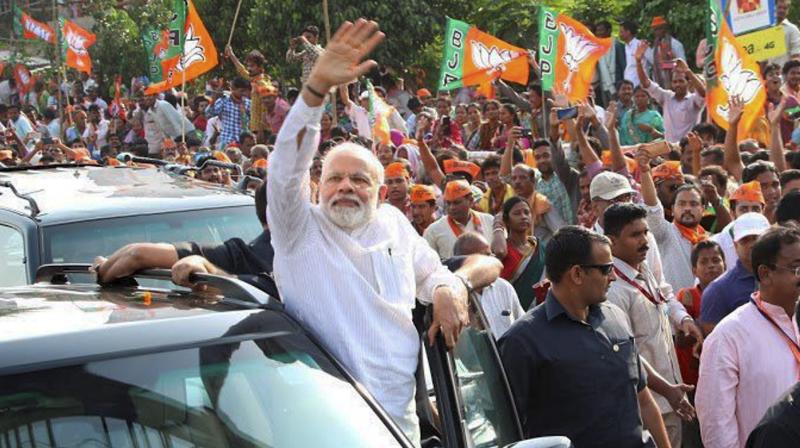 Bhubaneswar: Prime Minister Narendra Modi raised on Sunday the “triple talaq” issue and said Muslim women must get justice, also asking the BJP to reach out to the backward sections in the Muslim community over his effort to accord Constitutional status to the OBC Commission.

If there are social evils, the society should be woken up and efforts made to provide justice to the victims, he said in his speech on the concluding day of the party’s two-day national executive meeting in Bhubaneswar.

“He (Modi) talked about social justice. He said our Muslim sisters should also get justice. Nobody should be exploited. We do not want conflict within the Muslim community over this issue,” Union minister Nitin Gadkari said on the PM’s speech.

Earlier, Mr Modi made an intervention during a discussion on a party resolution on his government’s bill to accord Constitutional status to the OBC Commission. He said more inclusiveness was needed for backwards among the Muslim community.

He noted that some backward sections in the community enjoy OBC quota benefits, and such a commission will look into their concerns as well.

PM Modi asked BJP leaders to reach out to them. Union minister Prakash Javadekar said the OBC quota includes followers of different religions, unlike the SC and ST quotas which are for sections of the Hindu community.

“MPs, including those from the Congress, had met PM Modi in Parliament and urged him to take steps to grant Constitutional status to the OBC Commission. The OBC bill was passed by the Lok Sabha. But in the Rajya Sabha, the Congress blocked it. It is really unfortunate,” the minister said.

The PM said the new bill meant to give Constitutional status to the commission, meant to replace the National Commission for Backward Classes set up in 1993.

“In many regions, there are Muslims who are backwards. The party and governments should ensure that they benefit from the new commission,” the PM said.