Priests and temple trust officials presented Modi with a “khandua” and accompanied him to the temple. 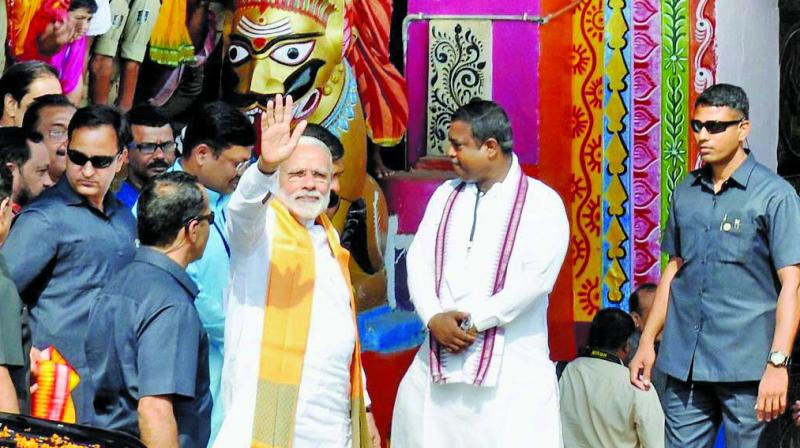 With chanting of slokas and hymns, Mr Modi performed abhisekh ritual and also offered bel leaves and flowers to the deity at the main temple for nearly five minutes. The PM had earlier reached the Lingaraj temple at around 8.45 am and spent more than 15 minutes inside the shrine.

After arriving at the temple, the Prime Minister was welcomed by several BJP leaders including Dharmendra Pradhan, Samir Mohanty and Prithviraj Harichandan and state govt officials.

Priests and temple trust officials presented Modi with a “khandua” and accompanied him to the temple.

The Prime Minister went into the natya mandap and worshipped the Lingaraj amid slokas. During his visit in the temple courtyard, a special guide briefed Mr Modi about the significance of the Lingaraj, rituals and the temple’s history. The PM also sought blessings at the Sana Ganesh Mandir, Parvati Mandir and Bhubanesvari Mandir.