The Opposition in India appears weaker and more inefficient than it was in 2014. 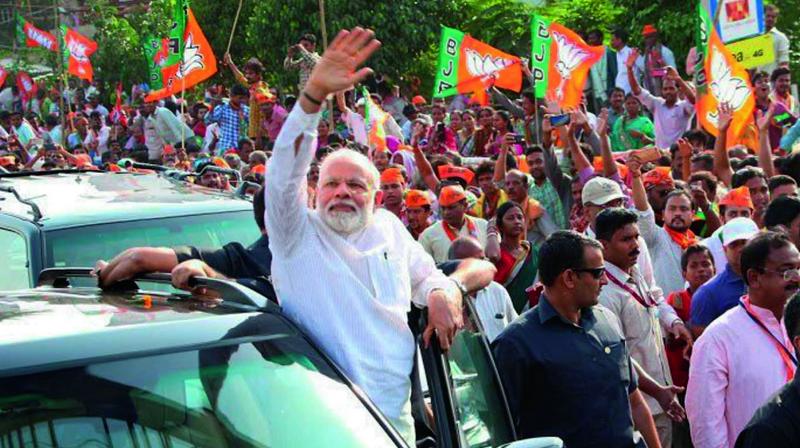 The defeat of the Aam Aadmi Party (AAP) and its candidate Jarnail Singh in the recently held byelections in the Rajouri Garden constituency should be a wake-up call for the AAP and also for the Opposition. Though the AAP may not admit it, the defeat is an extremely embarrassing one considering the fact that the candidate had to forfeit his security deposit as well. This is a serious matter for any political party that harbours national ambitions.

At a time when the BJP and its affiliates are emerging victorious in every election and bypoll, the defeat of the AAP is unfortunate because it indicates the demise of competitive politics in the country. Democracy and the democratic principles will be hit in the long run because of the inefficiency and ineptitude of the Opposition.

In my opinion, the rise of the right-wing forces in India is explicitly linked to the failure of the Opposition — be it the Centre or the left in providing able leadership and governance. The Opposition in India appears weaker and more inefficient than it was in 2014. The BJP and its affiliates have been able to capture the imagination of the youth because of the lack of alternatives. Each and every political party, be it at the national or regional level, is mired in some sort of controversy and the BJP is winning election after election without having to do much to woo the ordinary voter. Prime Minister Narendra Modi has appeared like “the knight in shining armour” on the Indian political scene after a definite vacuum in leadership was felt in Delhi in 2011.

Let us take the story back to 2009 for starters. The Congress and United Progressive Alliance had won a thumping victory in the Lok Sabha elections primarily due to the efforts of the then Prime Minister Manmohan Singh in pushing the all-important Indo-US civil nuclear agreement or 123 Agreement. India was also given a “waiver” from the Nuclear Suppliers Group (NSG) in 2008 that allowed India to trade in civil nuclear fuel and technology. This was definitely a feat for India, because a rare exemption had been granted to a non-signatory of the Non-Proliferation Treaty (NPT). It was an achievement of the then Congress-led coalition and a personal feat of the then Prime Minister Dr Singh. In fact, the downfall of the Congress began exactly at this point in time because different political leaders associated with the party got involved in various scams and controversies and lost the trust of the average voter.

While the Congress was losing its vote share and was in complete state of denial about it, there was one man who was weaving his own success story in Gujarat, a man we all know as the Prime Minister of India today.

Mr Modi with his focus on development and his “Sabka saath, sabka vikas” narrative quickly emerged as the “leader of choice” for many youngsters who wanted “change” and “development” — concepts that meant different things for different people. Now that the “leader of choice” spoke these two golden words meant that the average voter had no doubt in his mind about voting for Mr Modi. It became abundantly clear to most of us that he would soon be the next Prime Minister of the country when his speech during an Independence Day function was covered by the national media immediately after the speech of the outgoing Prime Minister, Dr Singh.

This was clearly the start of the “Modi era” and the BJP realised to its credit early that if they wanted to return to the corridors of power in Delhi they would have to make Modiji their leader.

The Opposition parties in India have a monotonous working style. They are no longer able to connect with the average voter on the street.

Let’s take the case of the UP elections that saw political bigwigs in the fray. Akhilesh Yadav, the former chief minister of UP, did not start the election campaign on a good note. His very public fight with his father Mulayam Singh Yadav irked the traditional UP voter who moved to the BJP as a result. His pre-poll tie-up with the Congress could not help him resurrect his fortunes either.

Eventually, it will not be incorrect to say that the BJP is the most important political party in India for several reasons. First, caste continues to be an important factor in every election in India though at the level of rhetoric, the politics of development has defeated the politics of caste. We all know that the reality is very different. The BJP won the elections in UP because of its excellent management of the caste dynamics. Second, the BJP under the leadership of Mr Modi has attempted to portray itself as the “party with a difference”, that is a party that does not practice nepotism and corruption. Third, the new-age thinking among a section of voters to have the same political party in the Centre and the state for better coordination and purposes of efficiency contributes to this narrative. This shift probably indicates a significant transformation in Indian politics where the Indian voter will now prefer a stable one-party system over an unstable and fragmented multi-party system. This is a clear departure from the 1990s — a phase when the politics of India was shaped by the mandir, mandal (caste) and markets (liberalisation and globalisation) and “secular” regional parties came up with a bang.

Only time will tell if the other political parties will stage a comeback or not. Till then, we need to wait and watch!

The writer is studying diplomacy and disarmament