The advisory issued by the police headquarters referred to the recent violent incidents in the Valley. 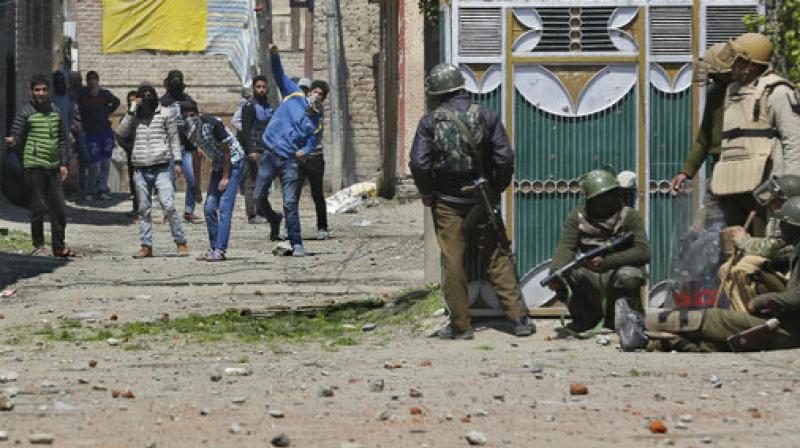 Srinagar: The Jammu and Kashmir police has issued an advisory to its field personnel to avoid visiting their homes "for the next few months", following incidents of attacks by militants on their residences and family members.

The advisory issued by the police headquarters referred to the recent incidents in the Valley where terrorists, and anti-national and anti-social elements have cause damage to the life and property of police personnel.

"In view of these unfortunate incidents, police personnel, particularly from south Kashmir, are advised to exercise extreme caution while visiting their homes. They should preferably avoid visiting their homes for the next few months as their personal security is of paramount importance," the advisory said.

It advised all the heads of various formations to brief their officers and men regarding the threat so the life and property of police personnel were secure.

The advisory follows over a dozen incidents of attacks on families of police personnel in Kulgam and Shopian in South Kashmir. The family members of police personnel deployed in anti-insurgency operations were threatened and asked to persuade the uniformed men to quit service.

The first incident of militants entering the house of a police personnel was reported in March this year when Hizbul Mujahideen militants threatened the family of a Deputy Superintendent of Police in Shopian.

The unprecedented incident had sent shock waves through the police force, prompting the state police chief S P Vaid to issue a warning to militant groups.

Vaid had said, "This is between police and militants and families should not be brought into this conflict."

He had wondered what would be the reaction of militants if police started threatening and intimidating their families.

"If the police start doing this, what will happen to their families?" he had asked.

However, militants have remained unfazed by the warning.