India   All India  17 Apr 2017  Budgetary directions for the water sector in Telangana
India, All India

Budgetary directions for the water sector in Telangana 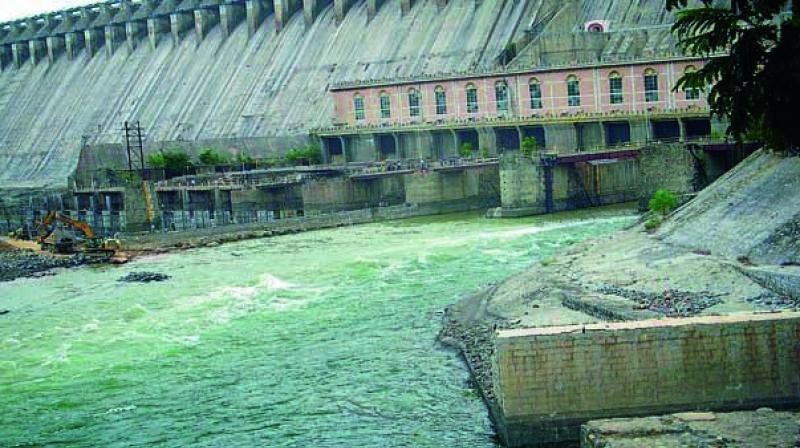 Telangana’s case represents a welcome contrast compared to the trends noticed in other states.

With the incoming of reforms in the early 1990s, the discourse of the state on privatisation of “common resources” has undergone a significant shift. The water sector in particular saw this discourse portrayed initially by “water as a commodity” to the changing role of the government from a direct service provider to that of a facilitator for the water market. With the population and demand for water increasing on the one hand, and the coverage of safe drinking water being pathetically low on the other, a fall in the state’s expenditure in the water sector can only make way for the private capital to fill up the enlarging gap between the demand and supply of water.

Though water consumption for irrigation is as high as 84 per cent of the total water use, two aspects need to be considered simultaneously; first, only a third of the cultivated land is irrigated in the country and second, more than a half of the population still depends on agriculture as a source of livelihood. Given this, a reduced importance to irrigation accorded by the government can only be justified if this translates to an enhanced attention towards safe drinking water, the latter being a basic state responsibility. However, this relationship is not observable in the states’ budgetary provisions towards irrigation and water supply. Over the past two and a half decades, water sector allocations have fallen as a percentage of total outlay, both for the heads of irrigation, and water supply and sanitation. For the irrigation sector, the allocation to total outlay has fallen from 8.87 per cent in 1990-91 to 4.60 per cent in 2015-16. The corresponding budget for water supply and sanitation, declined more gradually from around 2.5 per cent in the very early 1990s to close to or below 2 per cent in the last five years.

Telangana’s case represents a welcome contrast compared to the trends noticed in other states. Since its formation in 2014, Telangana has made the water sector a primary focus of its budgetary allocations. The two major programmes adopted by the youngest state of India: Mission Kakatiya, a tank rejuvenation programme, and Mission Bhagiratha, which comes with the promise of providing safe drinking water to all households, irrespective of their location in rural or urban area, are noteworthy. Compared to the budgeted outlay of 2.32 per cent in 2015-16 for all states for water supply and sanitation, which includes allocations under the Swachch Bharat Mission, the corresponding figure for Telangana is over 4 per cent. Even in the irrigation sector this allocation is 10.68 per cent in 2015-16 as against a mere 4.6 per cent in all states. Water supply and sanitation account for 11 per cent of the total social sector expenditure in Telangana, which is far higher than 6.05 per cent in all states in the same year.

A comparison of the case of Telangana to the earlier allocation trend for the water sector in erstwhile Andhra Pradesh reveals a marked departure in the commitment of the new state to boost its irrigation and water supply situation. Before the formation of the new state in 2014-15, Andhra Pradesh allocated only about 0.7 per cent of its outlay on water supply and sanitation, significantly lower than even the corresponding share of 1.8 per cent for all states in the same year. This allocation, as a share of the total social sector expenditure was a mere 2 per cent, compared to the corresponding figure of 5 per cent for all states. On the face of it, a notable factor contributing to the raison d’etre for the formation of the state has been vindicated to a large extent by at least the intent of the government of the new state reflected in the budgetary allocations.

The water sector budgetary allocations of the Telangana government are significant on three counts. Decreasing irrigation expenditure, disconnected from the will to divert the water towards drinking water in most states, actually reflects a shift in the developmental paradigm that promotes urban-centric growth at the cost of rural development. However, this, at least in the face of it, is not the case in Telangana, where Mission Kakatiya has been promoted primarily to enhance irrigation capabilities. Second, the emphasis on promoting drinking water availability by the state through Mission Bhagiratha provides the possibility of reducing the increasing dependence on priced private water sources, visible particularly in and around the large urban centres. Third, both projects together, could potentially act as an important cushion for the distress caused, particularly for the marginalised population in the face of a changing climate. This is particularly relevant for a drought-prone state of Telangana where climatic uncertainties can play havoc with livelihoods, drinking water access and well-being.

The State Action Plan for Climate Change for Telangana identifies key interventions for climate change mitigation and adaptation from a variety of sectors, including agriculture, energy, tourism, rural and urban development, health, etc. Notably, over a quarter of the total estimated budgetary expenditure for these interventions in the 12th plan is for the water sector. With climate change emerging as a major issue in recent years, the government’s focus on the water sector needs to translate the welfare realm of provision of basic amenities to reduced vulnerability and increased resilience. Given the increased risk and uncertainty in the face of climate change, it is worth asking whether we are willing to trade this larger objective of the water sector with the profit maximising, “performance-centred” objective of private players in the water sector. The state of Telangana is a test case, and an assessment of the efficacy of the two water-centred missions is of utmost relevance to understand whether the public sector thrust in water provisioning would work in the context of a neo-liberal policy environment.