Anil Vij said ‘Adhinayak’ means dictator and in India there is no dictatorship but democracy. 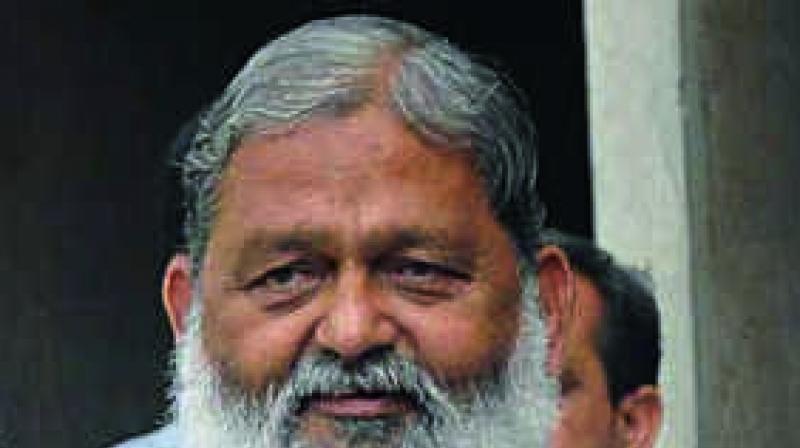 Haryana Health Minister and BJP leader Anil Vij demanding that the word 'Adhinayak' be removed from the national anthem, insisting it was like praising a dictator. (Photo: File)

Mumbai: Haryana Health Minister and BJP leader Anil Vij on Saturday demanding that the word 'Adhinayak' be removed from the national anthem, insisting it was like praising a dictator.

“Adhinayak word should also be removed (from National Anthem). ‘Adhinayak’ means dictator and in India, we don’t have dictatorship but democracy. Hence, it should be thought about to remove the word Adhinayak,” Anil Vij was quoted as saying by news agency ANI.

Vij supported the private member’s resolution moved in Parliament for replacing the word ‘Sindh’ with ‘Northeast’.

The statement of Vij comes a day after Congress MP Ripun Bora on Friday moved a private member’s resolution in Rajya Sabha seeking amendment of the National Anthem.

The North East is an important part of India and it is unfortunate that it is not a part of the national anthem while Sindh is mentioned, which is no longer a part of India but part of Pakistan, Bora had said.

The National Anthem of India, ‘Jana Gana Mana’ was composed in Bengali by Nobel laureate Rabindranath Tagore in 1911.