India   All India  17 Mar 2017  No fatwa against reality TV singer Nahid Afrin, but some clerics aren't happy
India, All India

No fatwa against reality TV singer Nahid Afrin, but some clerics aren't happy

A fatwa is a non-binding, legal opinion or authoritative interpretation of Islamic law that a qualified jurist or mufti, can give. 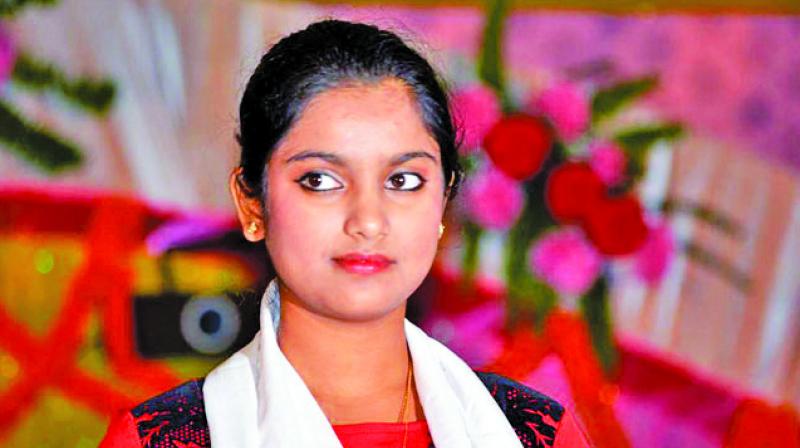 Guwahati: 16-year-old reality singing star Nahid Afrin, who had won second place in a musical TV show in Assam, allegedly became the subject of a fatwa by no less than 46 clerics earlier.

The clerics had reportedly objected to a Muslim woman performing in public, and in front of men – which they claimed was ‘against the Sharia’. The fatwa was allegedly issued in view of an event she was to participate in on March 25.

However, according to a report by Scroll.in, Afrin never received any such fatwa.

The report says that the ‘primary evidence’ for a fatwa was a pamphlet signed by some Muslim men, distributed in the districts of Hajoi and Nagaon in Assam.

While the leaflet does mentions that the March 25 programme at Udali Sonai Bibi College in Lanka in Hojai district, where Afrin was scheduled to perform was “against the Sharia”, it does not even mention Afrin’s name. The leaflet, which is headlined Guhari (request/appeal), asks people not to attend the March 25 event. “If anti-Sharia acts like musical nights are held on grounds surrounded by masjids, idgahs, madrassas and graveyards, our future generations will attract the wrath of Allah,” it reads.

The pamphlet adds that magic, drama, theatre and dance are ‘intrinsically against the Sharia’, and that ‘if we don’t keep our children away from such things, Allah will not spare any of us’.

“We humbly request you to restrain not only yourself from attending such an event but also encourage others to do the same,” it concludes.

The signatories to the fatwa include office bearers of the Assam State Jamiat Ulama and teachers from various madrassas around the state, said the report.

But the secretary of the Assam State Jamiat Ulama, Maulvi Fazlul Karim Qasimi, stressed that no fatwa has been issued in this case and blamed the media for spreading misinformation. “Is this how a fatwa is issued? On a piece of paper?”

But he seemed to be aware of the pamphlet. “The appeal simply states that people might as well avoid the event since there have been instances of people getting drunk and vitiating the atmosphere in the past,” the report quoted him as saying. He added that the Muslim community had no objection to Nahid singing, instead they were ‘proud’ of her.

To be clear, a fatwa is a non-binding, legal opinion or authoritative interpretation of Islamic law that a qualified jurist or mufti, can give. By these strict standards, the issued pamphlet does not seem to constitute a fatwa.

But according to Afrin, a few clerics have objected to her singing in public. Moreover, office bearers of the Ulama and teachers of madrassas do usually hold qualifications in Islamic law.

“They (the clerics) had dissuaded people from voting for me, saying it was a crime to do so as it was against the Sharia,” Afrin was quoted as saying by Scroll.

Media reports of a ‘fatwa’ against Afrin had prompted an outrage, with no less than Assam Chief Minister Sarbananda Sonowal tweeting that, “We strongly condemn putting restrictions on performance by young talented singer Nahid Afrin by some organisations. Freedom of artists are essence of democracy. Spoke to Nahid and reiterated our Govt's commitment to provide safety and security to artists.”

Another report claimed that the Assam police were even ready to probe an Islamic State angle into the leaflet.

Nahid, who made her Bollywood singing debut for actress Sonakshi Sinha in the 2016 movie 'Akira', first rose to stardom after a successful stint on a reality singing show in the year 2015.

While the outrage over a ‘fatwa’ seems to be misplaced, it is clear that Nahid Afrin has become the victim of moral policing by fundamentalists in Assam.