This ‘Shaheen Bagh’ to mould minds

In the latest initiative, a group of activists has donated around 200 books to set up a temporary library at the protest site. 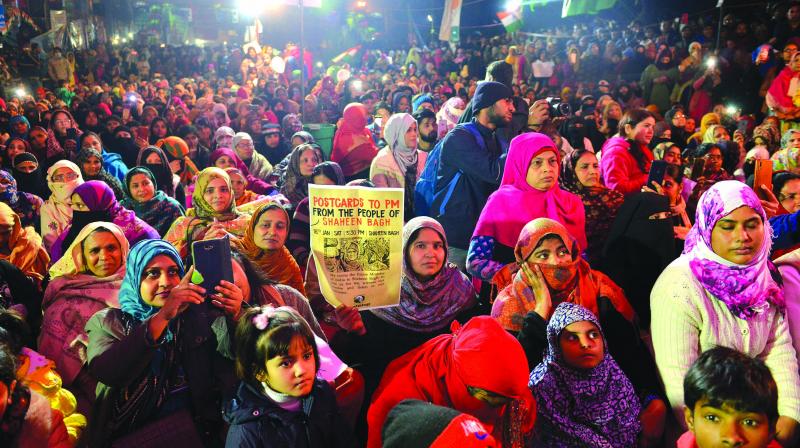 Students and some teachers have even volunteered to take classes at the library.

BENGALURU: Bilal Bagh, popularly known as Bengaluru’s ‘Shaheen Bagh’ (where a protest is raging in Delhi) is bubbling with activity with the stir against the Citizenship Amendment Act (CAA) and the proposed National Register of Citizens (NRC) in full swing.

In the latest initiative, a group of activists has donated around 200 books to set up a temporary library at the protest site. Their motive: apprise young minds about constitutional values and the huge sacrifice made by our founding fathers to secure independence from the British. Students and some teachers have even volunteered to take classes at the library.

“The library is now into its third day. We do not want students to forget the values on which this nation was built. So we are reading extracts from the Constitution and  stories on Mahatma Gandhi and Bhagat Singh to the children. We are even screening movies based on patriotic themes at night. We want to ensure that children make the right choices in future and do not fall into a trap,” explained Saqib Idrees, one of the volunteers associated with the library.

There are fears that Bilal Bagh may witness violence and a Delhi-like shooting. “But we intend to counter violence with love. No political party can hijack our protest which is purely voluntary. Well-known personalities like Jignesh Mevani and Naseeruddin Shah had visited the protest site on their own,” said Sayyed Sardar, another volunteer helping the women.

The activists claim that the cops want to end the protest as fast as possible. “This despite the fact that we have not blocked pedestrian movement. We are not doing anything  against the law. The protest will continue till the government takes back CAA,” he said.