'It's not Congress in centre, sacrifice of CRPF will not go in vain': Amit Shah 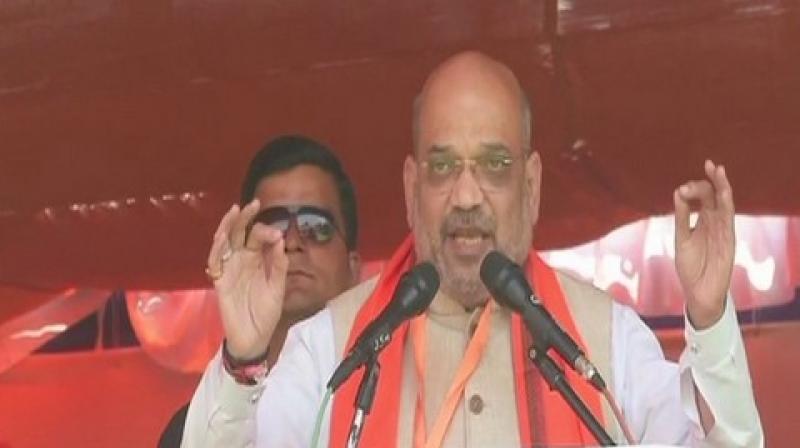 The BJP president also touched upon the issue of Citizenship (Amendment) Bill and said that a lot of confusion is being created on it by the Opposition. (Photo: ANI | Twitter)

Lakhimpur: BJP national president Amit Shah on Sunday said that the sacrifice of CRPF personnel killed in Pulwama attack will not go in vain as it's not the Congress government which is at the Centre, but the BJP.

While addressing a youth rally here, Shah said, “I pay my tributes to Assam's son Maneswar Basumatary, along with the other CRPF personnel. This cowardice act by Pakistan and Pakistan-supported terrorist will not go unanswered. This time it is not the Congress government but Narendra Modi-led BJP government. If someone thinks that they can do a cowardice attack and win this war, they must know that we will uproot terrorism from its base. Prime Minister Modi has the strongest willpower and determination to fight against terrorism”

The BJP president also touched upon the issue of Citizenship (Amendment) Bill and said that a lot of confusion is being created on it by the Opposition.
“This is not only for Assam but for all the states. The way demographic changes are happening in Assam, if we do not bring this bill the public of this state will be in danger. Some people are doing politics over it and I am sure, people of the state will not fall for it,” he said.

Assam Chief Minister Sarbanand Sonowal and senior Assam Minister Himanta Biswa Sarma were also present during the event, along with other senior leaders.