Battle over power tariff peaks ahead of Lok Sabha polls

The AAP claims that Punjab has one of the highest power tariffs among the neighbouring states due to Cong govt’s wrong policies. 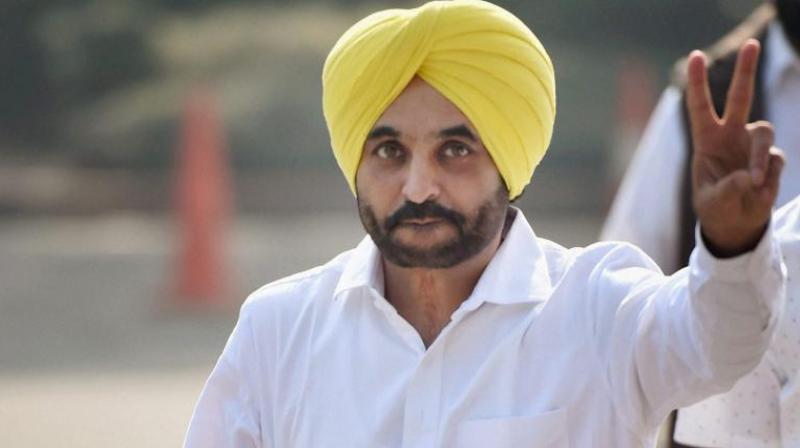 Chandigarh: The “high” power tariff in Punjab could snowball into a major election issue in the Lok Sabha elections. With the Aam Aadmi Party (AAP) starting a “Bilji Andolan” which is getting a good response from the people, the issue would surely resonate in the contest for the 13 parliamentary seats.

Taking a cue from the successful strategy of its Delhi unit, Punjab AAP, which is looking to improve its LS tally, has started highlighting the issue of high power tariff in the agrarian state.

The fact that Punjab has one of the highest power tariffs among the neighbouring states, is striking a chord with the electorate, said an AAP leader.

At present, the AAP and the Shiromani Akali Dal (SAD) have four MPs each, the ruling Congress has three and the BJP has two.

The AAP has alleged that the SAD government in the past colluded with private power companies during the SAD-BJP regime by winding up state-run thermal plants, forcing the state to purchase costly power from external sources.

The AAP has also attacked the ruling Congress for not probing the wrongdoings of the previous SAD-led government.

Giving details of the “Bijli Andalon”, Punjab Assembly’s Leader of the Opposition Harpal Cheema said one lakh volunteers would reach out to people in the urban and rural pockets of the state to listen to their power-related problems and redress them.

Party workers who had been active in the Delhi campaign against inflated bills would train as many as 5,000 master volunteers in Punjab.

Mr Cheema said that the volunteers would reach out to every consumer in the state and tell them how the Congress government is charging exorbitant rates for electricity. The volunteers will tell consumers that they are paying high tariff due to an insensitive government colluding with private companies.

Sangrur MP and AAP state unit chief Bhagwant Mann said that the “Bijli Andolan” is receiving a good response from one and all as high power tariff has affected not only the poor but also other sections of society. Mr Mann said the Aam Aadmi Party had ignited a ray of hope among those who were bearing the brunt of inflated bills.

He said the “Bijli Andolan” has turned into a mass movement in at least 650 villages with the affected people coming to voice their grievances. He added that in 371 villages, redressal committees have been constituted to look into the matter.

The AAP has demanded that the Captain Amarinder Singh government should scrap the MoU inked by the erstwhile SAD-BJP government with private companies to bail out people paying high power rates.

The AAP has accused the previous government of entering into agreement with three private companies costing the public exchequer `70,000 crores annually.

AAP leader Aman Arora said people are paying the highest tariff despite the state having its own resources and infrastructure to generate power.

Comparing Punjab’s power tariff with that in Delhi, Mr Arora said that the AAP government led by Arvind Kejriwal is providing electricity to the people in Delhi at just `1 per unit. On the other hand, the Punjab government has even failed to provide power to the poor and dalits covered under the free power scheme, he said.