Trudeau to focus on job creation, strengthening bilateral ties in visit to India

The prime ministers will reaffirm the close friendship between the two countries, and discuss ways to further deepen bilateral cooperation. 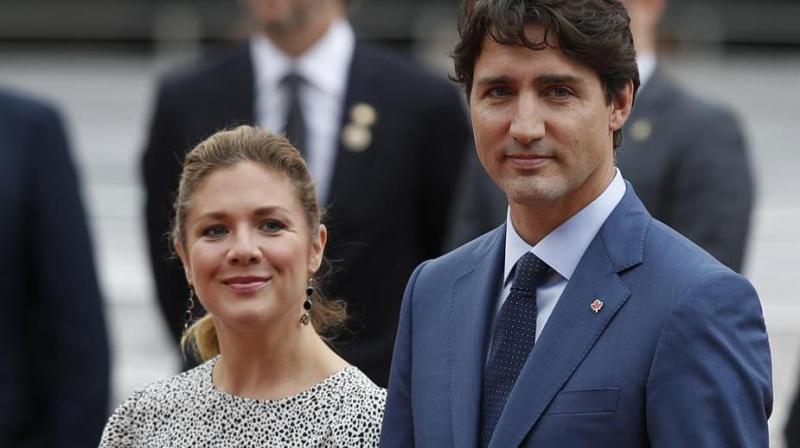 Trudeau will also participate in several business round-tables to promote further trade and investment between Canada and India. (Photo: AP)

The Canadian Prime Minister took to Twitter and said his seven-day visit will be focused on job creation and strengthening ties between the two nations.

Wheels up for India and a busy visit, focused on creating good jobs and strengthening the deep connection between the people of our two countries. 🇨🇦🇮🇳 pic.twitter.com/Jg6UmL9y4S

On Thursday, a government delegation from Canada paid a visit to the Golden Temple in Amritsar ahead of Trudeau’s visit.

Canadian Prime Minister will visit the Golden Temple on February 21.

The visit, which includes stops in Agra, Amritsar, Ahmedabad, Mumbai, and New Delhi, will provide an opportunity for Trudeau to connect with the Indian leaders in government and business, promote empowerment of women and girls, and strengthen Canada and India’s close economic ties.

The prime ministers will reaffirm the close friendship between the two countries, and discuss ways to further deepen bilateral cooperation.

Trudeau will also participate in several business round-tables to promote further trade and investment between Canada and India, as Canada works closely with Indian leaders to advance economic opportunities in both countries.

While in India, Trudeau will engage with youth and visit several landmarks, including the Taj Mahal, the Jama Masjid, and Swaminarayan Akshardham.