The order added that the commission “finds that your above mentioned statements violate the said norms. 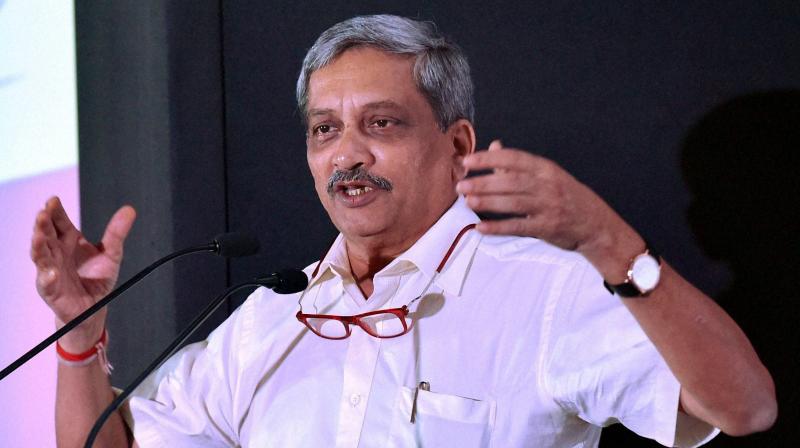 New Delhi: The Election Commission on Thursday castigated defence minister Manohar Parrikar for his bribery comments while campaigning in Goa and asked him to be more “circumspect” and “careful” in the future.

“All leaders, especially those who occupy high constitutional positions, are expected to ensure and promote the sanctity of electoral process. Public utterances by such persons, which even remotely give the indications of condoning act of accepting bribe in connection with election are not acceptable as it could amount to encouraging bribery in election, which apart from being an electoral offence, is also a corrupt practice,” the EC said in its order, while holding that Mr Parrikar’s comments were violation of the Model Code of Conduct.

The order added that the commission “finds that your above mentioned statements violate the said norms. Accordingly the commission advises you to be more circumspect and careful in future”.

On January 29, while campaigning in Goa for the Assembly polls, Mr Parrikar allegedly said it was okay for voters to accept Rs 2,000 from someone.

“There is no objection if someone roams there with Rs 500. But you should keep in mind that vote shall come to lotus only,” he had said in Konkani.

The Goa Forward Party had filed a complaint with the EC against Mr Parrikar’s comments. The party had also attached a video of the rally along with its complaint. On February 1, the poll body had issued a show cause notice to the defence minister. Mr Parrikar had, however, claimed that his speech was incorrectly translated from Konkani.

It its order on Thursday, the commission observed that the translation of the speech by the three-member committee from Konkani did not contain any inaccuracy.

In January, the Commission had ordered the filing of an FIR against Aam Aadmi Party chief Arvind Kejriwal in connection with a similar set of bribery remarks. While campaigning in Goa on January 8, Kejriwal had similarly asked voters to accept money offered from other party candidates, but to vote only for the Aam Aadmi Party.