UAVs now run on fuel and can be airborne non-stop for about 24-36 hours. 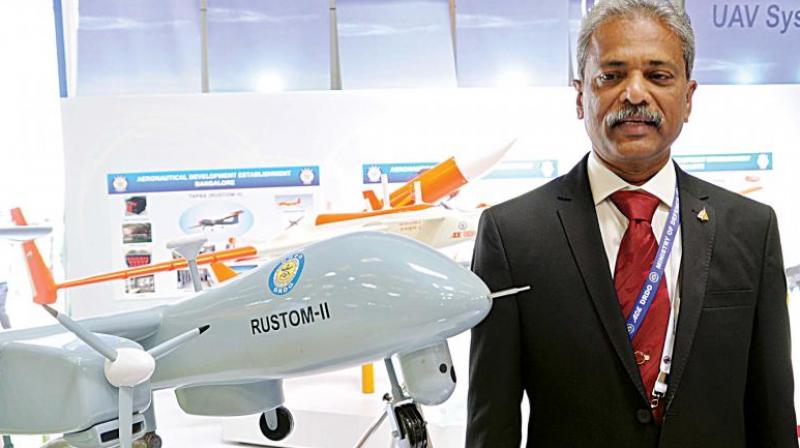 Bengaluru: Scientists at the Aeronautical Development Establishment (ADE) are working on developing a solar-powered unmanned aerial vehicle (UAV) which can fly on all-weather conditions for at least a month.

Mr M. Hari Prasad, a scientist at ADE, said, “UAVs will be the future of all combat vehicles. They are used for varied purposes right from carrying out recce missions along the border to collecting crucial information from neighboring countries. They are needed for real-time information and data through a secure data link.”

“We will submit our project proposal to the DRDO soon. Tech giants like Google and Facebook are researching and developing UAVs that can fly on air non-stop for five long years on solar energy without the need of any fuel. We are not in that race, but are into R&D of making the solar-powered UAV that can fly for at least a month,” he said.

UAVs now run on fuel and can be airborne non-stop for about 24-36 hours. Solar-powered UAVs will be a real boon to the Indian defence.

“Our R&D is on solar-powered UAVs of 25-30 kg class. The UAVs will be fitted with solar panels that will convert solar energy into electrical energy and store it in 2KWatt high-density batteries that can keep it running in the night. It will be pollution free,” he said.

Generally, focus across the world has been on manufacturing UAVs as there is a demand for them from the third world countries.