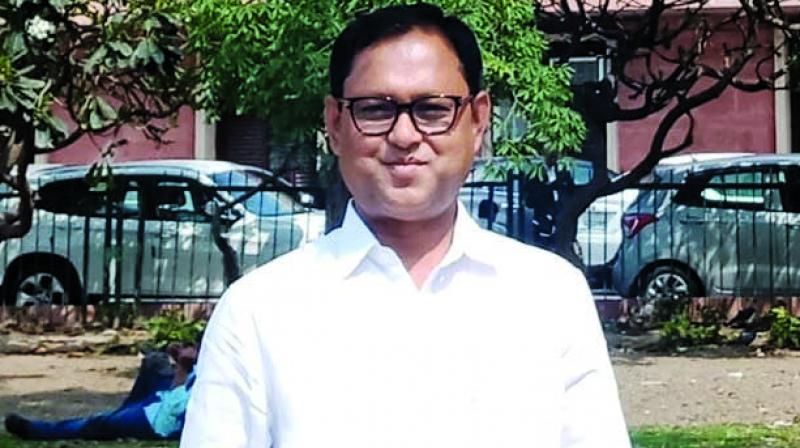 Guwahati: Amid the ongoing movement against the Citizenship Amendment Act (CAA), the All Assam Students Union (Aasu) here on Thursday said that it would intensify the process of forming a new political party in Assam after February this year.

Pointing out that there have been suggestions from various quarters to  Aasu to explore the possibility of alternative political force, Aasu president Dipanka Kumar Nath said, “People are talking about the need for a new political alternative and the process will be intensified after February.” It is significant that artists and intellectuals involved in anti-CAA movement have already been advocating the need of exploring new political alternative.

Assam is going to the Assembly polls in 2021.

Asserting that its prime focus is ensuring the repeal of the CAA, Mr Nath, who was in Goal-para on Wednesday, said, “People have to decide on how an alternative force will be formed. In the coming days, we have to go ahead with an alternative force, that’s why people are talking about it. We will be taking this forward after February in full swing. The people of Assam feel that such an alternative force is definitely needed to protect their interests. Artistes and intellectuals, everyone has urged us. Through new political alternative, we have to ensure that never again may the Centre try to impose a law which threatens our language and culture.”

Across Assam on Wedne-sday people burnt copies of CAA in the “Mejji” holy bonfire as part of the Bihu festival. Mr Nath said, “People burn inauspicious things in the bonfire, CAA is ina-uspicious for the state, so we have burnt copies of it.”

Mr Nath, who has been in the forefront of the anti-CAA movement, asserted that the agitation against CAA will intensify further in the days to come in the state.

The statement of the Aasu leader has come close on the heels of Assam finance minister Himanta Biswa Sarma’s statement that anti-CAA movement was aimed at to form a new political party and people of Assam will not accept this agitation.

It is significant that regi-onal Asom Gana Parishad (AGP) was formed after six year long anti-foreigners movement in 1985. The AGP is an ally of BJP led government and its lone MP in Rajya Sabha supported the CAA following which protesters are attacking AGP.

Bollywood singer Zube-en Garg who is also the part of anti-CAA movement in his speech at rallies often talked about the need of new party.

He said, “Political parties like the AGP, Congress and BJP have failed the people of Assam and there is need to look for new political alternative. We will show BJP in 2021 assembly polls, if required we will raise money through songs.”

Meanwhile, Assam chief minister, Sarbananda Sonowal had to face black flags from protesters while he was en route to his home in Dibrugarh on Wednesday.