The satellite was successfully placed in orbit after it was launched onboard the PSLV-C40 rocket on January 12. 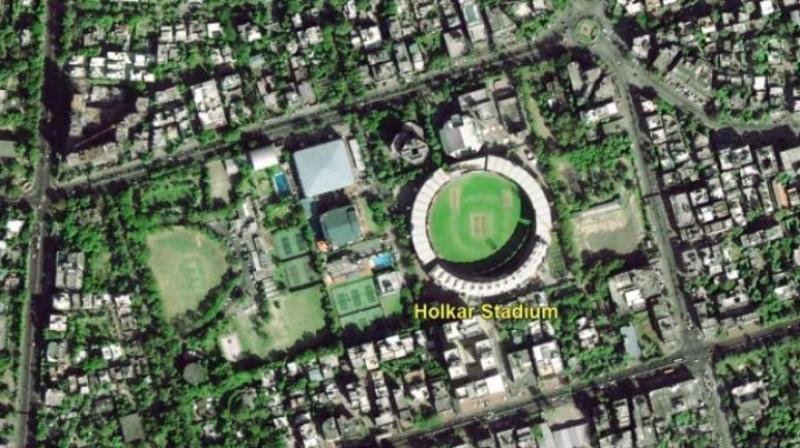 The image shows a part of Indore with the Holkar Cricket Stadium in the centre. (Photo: ISRO)

Chennai: The Indian Space Research Organisation (ISRO) on Tuesday released the first image captured by its Cartosat-2 series satellite which was recently launched from the space agency's spaceport at Sriharikota, 110 km from Chennai.

The image shows a part of Indore with the Holkar Cricket Stadium in the centre.

It was released on the Bengaluru-headquartered space agency's website.

The satellite was successfully placed in orbit after it was launched onboard the PSLV-C40 rocket on January 12.

It is an advanced remote sensing satellite similar in configuration to earlier six spacecraft in the series and intended to augment data services to the users.

The images sent by the satellite will be useful for cartographic, urban and rural applications, coastal land use and regulation besides Geographical Information System applications, among others.

Thirty other satellites, including 28 from foreign countries, were also successfully launched along with the Cartosat-2 series satellite.