The 8-kilometer-long road show which began from the airport ended at the Sabarmati Ashram. 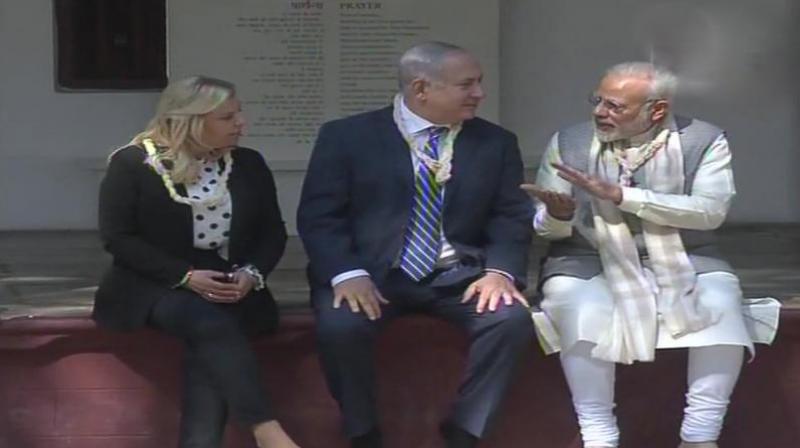 Ahmedabad: Prime Minister Narendra Modi and his Israeli counterpart Benjamin Netanyahu who arrived in Ahmedabad on Wednesday undertook their eight-kilometer-long road show, which ended at the Sabarmati Ashram.

The road show began from the Ahmedabad airport with the deployment of heavy security along the route. 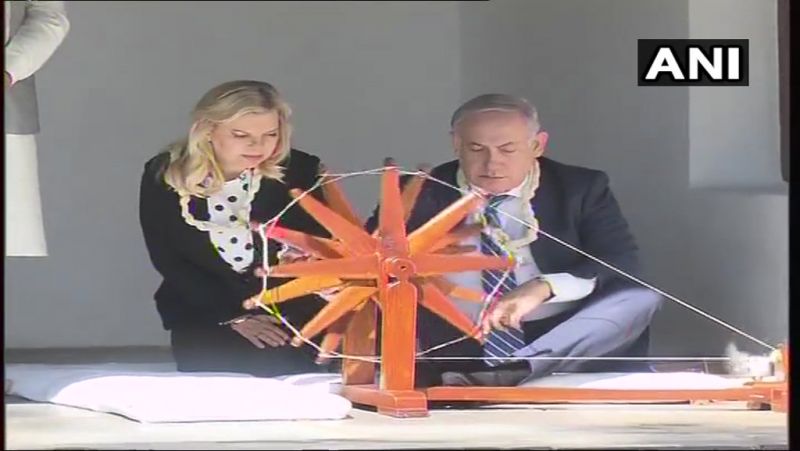 Netanyahu and his wife also left a message at the ashram. 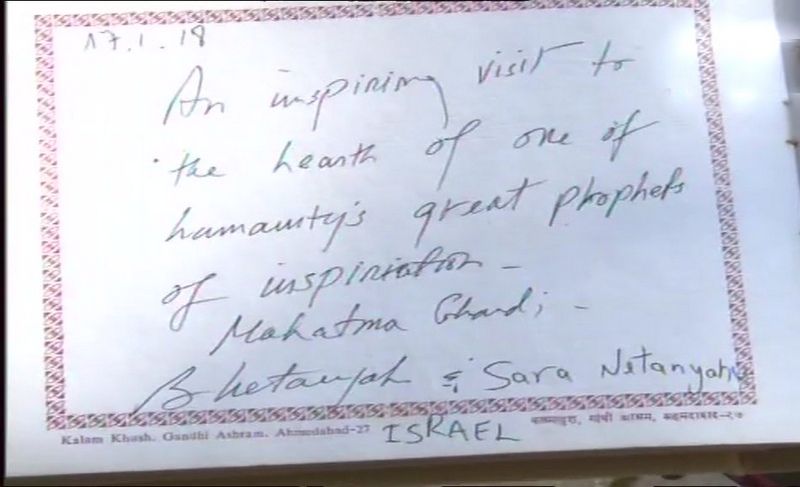 Both the prime ministers will attend the inauguration of the iCreate Center at Deo Dholera Village in Ahmedabad later on Wednesday.

The iCreate Center has been created with the objective of facilitating entrepreneurship through blending creativity, innovation, engineering, product design and leveraging emerging technologies to deal with major issues such as food security, water, connectivity, cyber security, IT and electronics, non-conventional energy, bio-medical equipment and devices.

The prime ministers will then take a tour of the facility and visit various stalls that highlight latest technologies and innovations across various fields.

Following the tour, the leaders will also award six category winners of the India-Israel Innovation Challenge 2017.

The leaders will then address the assembled gathering.

This will take place through a video link from Banaskantha district where the vehicle has already arrived from Israel.

Following this, leaders will visit the Centre for Excellence -Vegetables in Vadrad where they will be briefed on the progress in the India-Israel Agriculture Work Plan.

They will also e-inaugurate the Centre for Excellence - Date Palm, through a video link in Kukama.

The leaders will witness the signing of an Memorandum of understanding (MoU) between COE Vadrad and Farmer's Producer Organization for the establishment of hi-tech vegetable seedling production unit.