Congress on Tuesday declared that it will tie up with SP in the coming polls and Yadav also echoed similar views. 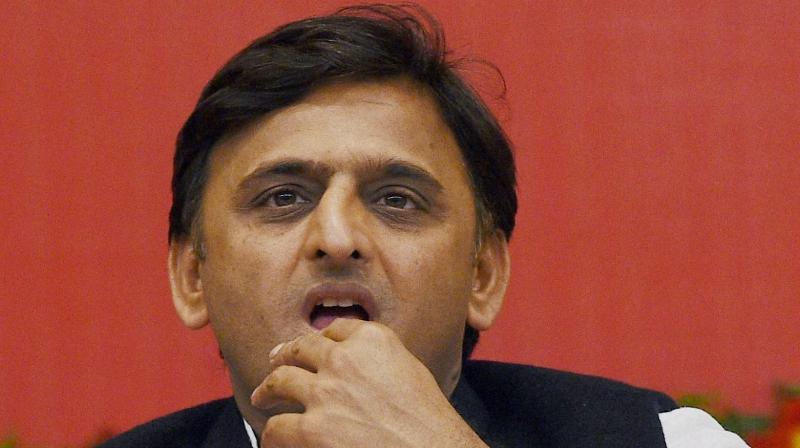 New Delhi: Mocking the proposed poll tie-up between Samajwadi Party and Congress as an alliance between "princes" to save family rule, BJP on Tuesday said it "punctures" Uttar Pradesh Chief Minister Akhilesh Yadav's developmental claims and underlines his "desperation".

The BJP said the proposed alliance was a desperate effort by these parties to stop it from coming to power but asserted that people will vote for its "politics of performance" against the rivals' "dynastic politics and caste arithmetic".

"The fact that SP, which enjoys a majority in the outgoing Assembly, is willing to ally with Congress and RLD shows its desperation. Akhilesh Yadav has sensed his defeat as people have decided to reject his five years of misgovernance in favour of BJP's politics of performance.

"He (Akhilesh) along with Congress vice president Rahul Gandhi and RLD leader Jayant Chaudhary are coming together so that they could promote their family rule. It's an alliance of princes," BJP national secretary Shrikant Sharma said.

Congress on Tuesday declared that it will tie up with SP in the coming polls and Yadav also echoed similar views. Ajit Singh's RLD is also being seen as a possible partner in the proposed alliance.

When people are so much fed up with one family rule in the state, they will certainly reject the rule by three families, he said.

"It is contradictory that on the one hand the Chief Minister claims to fight on developmental agenda and on the other he is entering into an alliance despite running a majority government. It punctures his claims (of good governance," Sharma said.

BJP will fight the polls, which kick off from February 11, on the basis of central government's performance and also the way its governments in states have delivered double-digit growth, he said.

Both SP and RLD had supported the UPA government for 10 years and were rejected by people in the Lok Sabha elections in 2014, he said.

The state's "poor" law and order will be a major poll issue, he said, referring to Jawahar Bag violence and cases of alleged land grab to make his point.