A Special CBI court has charged Indrani and Peter with murder and criminal conspiracy. 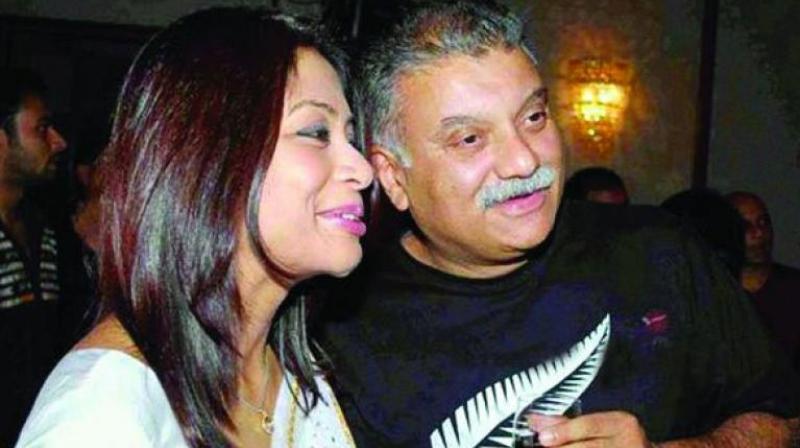 New Delhi: Sheena Bora murder accused Indrani Mukherjea on Tuesday stated that she wanted a divorce from her husband and co-accused Peter Mukerjea.

Indrani sought permission from the trial court to file a divorce case against her husband.

The judge however told Indrani that there was no need to take permission from the court.

The trial in the case will begin on February 1 at the special CBI court.

The CBI court had earlier set January 17 as the date for framing charges against the three accused.

Mikhail had earlier alleged that Indrani had spiked his drink on the same day when Sheena was killed.

Indrani, former media baron Peter and Sanjeev were present in the court on Tuesday. They were sitting separately in the dock and were later seen chatting with their lawyers outside the court.

The CBI had on December 19 started arguments on framing of charges in the sensational Sheena Bora case, saying it was her relationship with Rahul, Peter's son from earlier marriage, that led to her murder.

Sheena was murdered on April 24, 2012, and her body was burnt and disposed of at a forest in Raigad district on the next day, according to the prosecution. Indrani was arrested in connection with the case in August 2015.

Apart from Indrani, Peter, Sanjeev Khanna and her driver Shyamvar Rai were also arrested in the case.

Rai had earlier turned approver in the case and disclosed to CBI how the crime was committed by the accused.

The alleged murder of Sheena Bora came to light in 2015 when a former driver employed by the Mukerjeas confessed to the police for allegedly assisting Indrani in committing the crime.

Peter Mukerjea's lawyer had accused the CBI of pursuing an agenda against the former to malign his image. During the argument, Peter's lawyer said charges under sections 307, 328, 420, 468, 471 of the Indian Penal Code (IPC) were not made out as there was no material with prosecution. Also, Peter was charged with 120 (b) stating conspiracy of the crime even when he was not in the country when the crime was committed.

The lawyer also said the charge of IPC 420 offence cannot be substantiated as the mention of the property for which the cheating was done and who cheated, both were not mentioned.

"The will made by Indrani about a flat made on 15.09.2004 giving a flat to Sheena is also not conclusive about the ownership of the flat as it was owned by A1( Indrani) and A4 ( Peter) both and it was never transferred/sold to Sheena ... This was 'probably' mentioned in charge sheet to bring forgery aspect against me. But why would I forge my own signature?" said Peter.

He also held false the allegation levelled against him of being in Goa and knowing about the communication taking place regarding the email password of Sheena.