Gandhi had made comments co-relating his party's symbol 'hand' with various gods at Congress' 'Jan Vedna Sammelan' earlier this month. 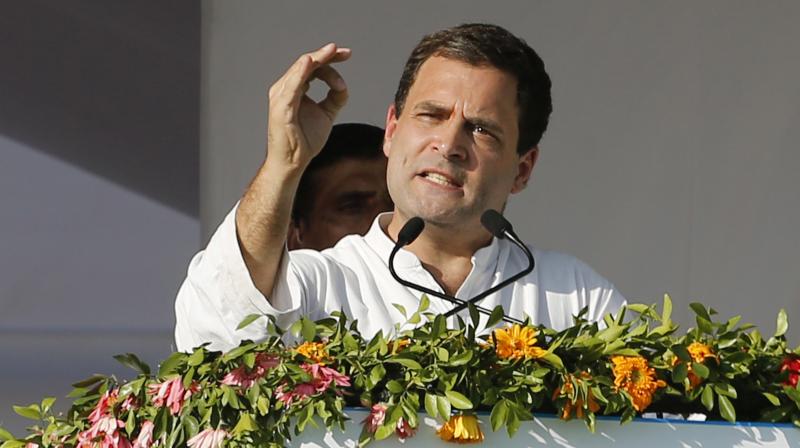 "The grand old party Congress' grand new leader has tried to give communal colour to the elections by his statement in which he co-related the Congress' 'hand' with various religious figures. This is a clear cut case of corrupt practice. There should be action against both Congress and its leader," Naqvi told reporters after filing complaint with Election Commission.

At Congress' 'Jan Vedna Sammelan' earlier this month, Gandhi had made comments co-relating his party's symbol 'hand' with various gods, violating the provisions of the Representation of the People Act, 1951, model code of conduct and the guidelines issued by the Supreme Court, BJP wrote in its complaint.

Alleging that Gandhi's remarks were in violation of model code of conduct, Javadekar said, "We have requested the Election Commission that Congress party's election symbol should be frozen."

Javadekar said that as soon as the schedule for Assembly elections in five states were declared, the Congress has started raising communal tension and seeking votes on the basis of religion.

BJP national secretary Singh said that contents of Gandhi's speech is not only offensive but also an attempt to communalise the polity in poll-bound states.