Akhtar clarified that police entered the campus without permission and they would not tolerate police presence on campus. 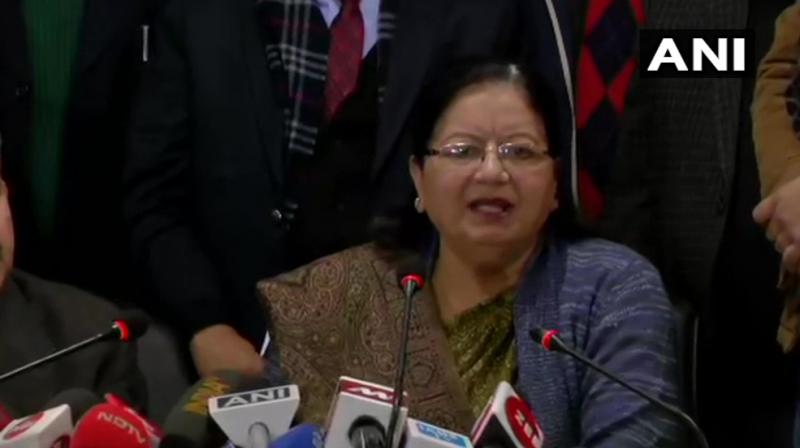 New Delhi: Addressing a press conference on Monday, Vice Chancellor of Jamia Millia Islamia University Najma Akhtar said they would file an FIR against the entry of police in the university campus.

“There has been a lot of property damage in the University. How will all this be compensated? There has been an emotional loss as well. Sunday’s incident was unfortunate. I also appeal to everyone to not believe in any kind of rumours. You can rebuild the property but you cannot compensate for the things the students went through. We demand a high level inquiry,” she added.

Akhtar clarified that police entered the campus without permission and they would not tolerate police presence on campus.

Jamia Registrar A P Siddiqui said, "It was a war-like situation. We questioned the Joint Commissioner of Police about firing and they denied it. There was no stone-pelting on cops from inside the campus by students. If some outsider has done so, we have no means to verify it."