The draft bill proposes a common entrance exam and licentiate exam, which all medical graduates will have to clear to get practicing licences. 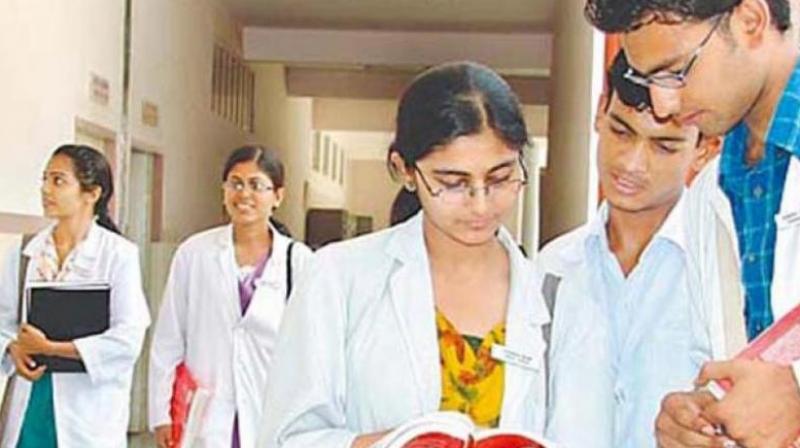 There will five elected and 12 ex-officio members in the commission. (Representational Image)

The draft bill provides for the constitution of four autonomous boards entrusted with conducting undergraduate and postgraduate education, assessment and accreditation of medical institutions and registration of practitioners under the National Medical Commission, official sources said.

According to the draft bill, the commission will have government nominated chairman and members, and the board members will be selected by a search committee under the Cabinet Secretary.

There will five elected and 12 ex-officio members in the commission. The draft bill also proposes a common entrance exam and licentiate exam, which all medical graduates will have to clear to get practicing licences, sources further added.

As per the provisions of the draft bill, no permission would be needed to add new seats or to start postgraduate courses.

The deterrence for non-compliance with maintenance of standards is in terms of monetary penalty.

The draft bill is aimed at bringing reforms in the medical education sector, which has been under scrutiny for corruption and unethical practices, official sources said further.

The Union Ministry of health worked with Niti Aayog on MCI’s restructuring — at the behest of the Prime Minister Narendra Modi, which suggested a new commission.