The review plea claimed that death penalty was a premeditated, 'cold blooded killing' of a human being by the state in the name of justice. 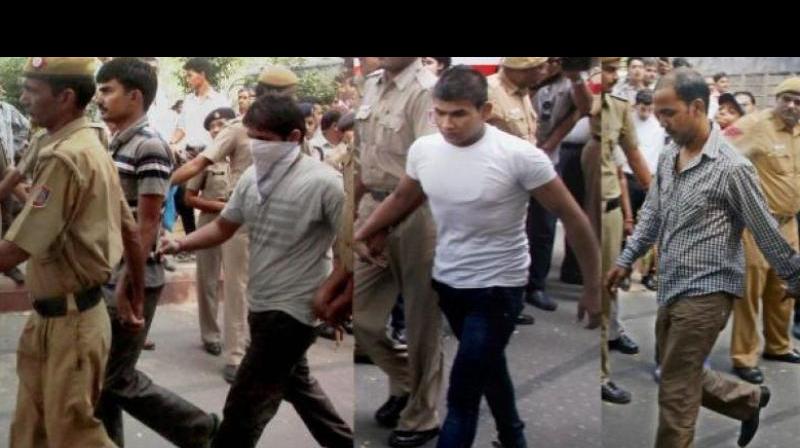 New Delhi: Two of the four death row convicts in the December 16, 2012 gangrape and murder case on Saturday moved the Supreme Court for review of its verdict upholding the capital punishment awarded to them.

The review petition by convicts Vinay Sharma and Pawan Kumar Gupta came after the top court on December 12 completed the hearing on the review plea filed by another death row convict Mukesh.

A 23-year-old paramedic student was gangraped on the intervening night of December 16-17, 2012 inside a moving bus in South Delhi by a gang of six persons and severely assaulted before being thrown out naked.

She succumbed to her injuries on December 29, 2012 at Mount Elizabeth Hospital in Singapore.

The review plea, filed through advocate AP Singh for two of the convicts, claimed that death penalty was a premeditated and "cold blooded killing" of a human being by the state in the name of justice.

The top court had on December 12 allowed the counsel to file review petition for another convict Akshay Singh and listed the matter for hearing on January 22.

The top court had on May 5 upheld the death penalty to the four convicts - Mukesh, (29), Pawan (22), Vinay Sharma (23) and Akshay Kumar Singh (31), saying the "brutal, barbaric and diabolic nature" of the crime could create a "tsunami of shock" to destroy a civilised society.

Another accused in the case, Ram Singh, had allegedly committed suicide in Tihar Jail, while a convicted juvenile has come out of the reformation home after serving a three-year term.